I recently returned from Korea, where, in addition to participating in an award ceremony at the Canadian embassy (read about that here), I led a creative writing camp on the theme of space, along with author Stacey Matson and playwright and actress Marcie Nestman.

The purpose of the camp in Korea was simple: inspire kids to write creatively. As such, Marcie, Stacey, and I tried to come up with as many inspirational activities as possible.
Since our theme was space, it wasn’t hard to generate ideas . . .

As an icebreaker, we handed out ordinary objects to kids (such as a fork or spoon) and asked the students to imagine that they had just met an alien and needed to explain the object’s purpose. There was just one hitch: they had to lie!

In this activity, the students created a character who then had to fill out an “application” to become an astronaut and explorer. This involved a lot of creativity, since students weren’t restricted to imagining human characters! 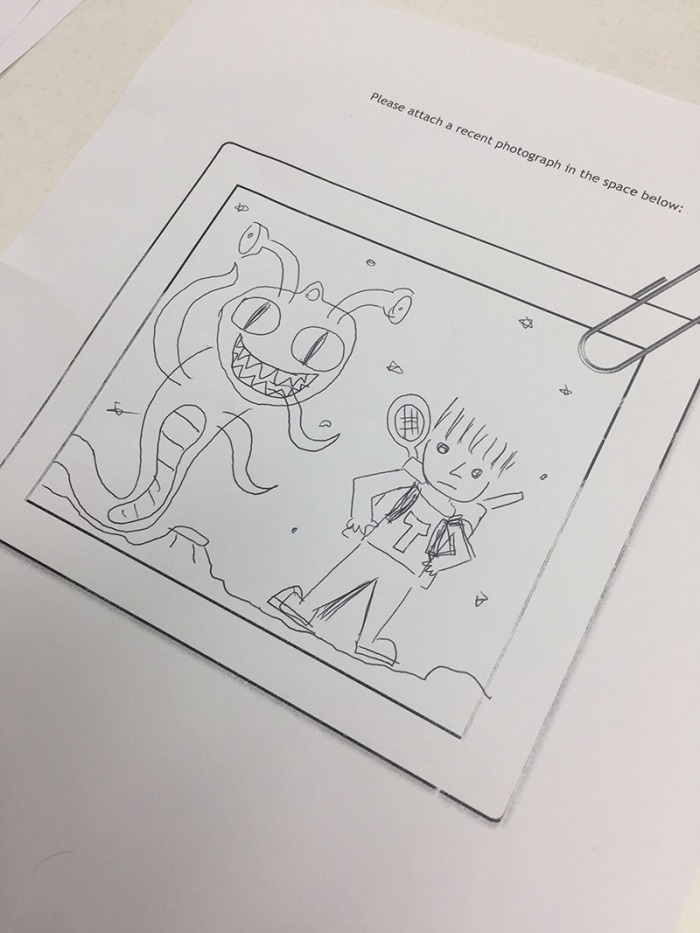 This was one of the main projects for the camp. I brought a load of recycled junk (picked up at the wonderful Urban Source on Vancouver’s Main Street) and asked the students to choose different parts and gizmos. They then designed a robot with a very specific purpose (such as cleaning, protecting, or cooking). Afterwards, they built a physical model of the robot and did two separate writing assignments. 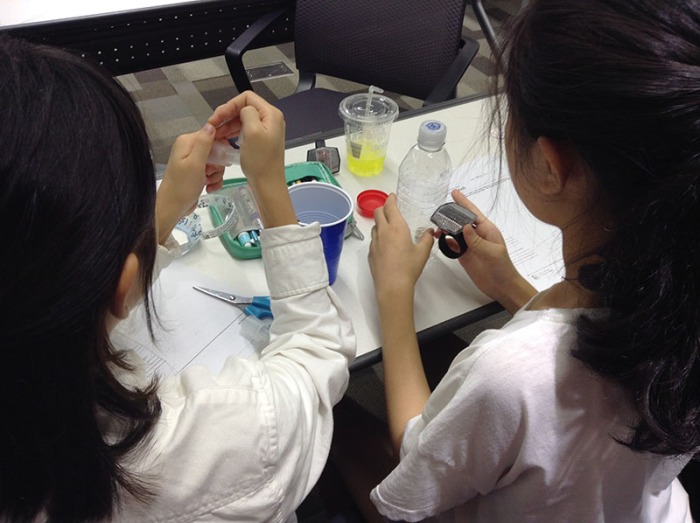 The first assignment was to come up with an instruction manual for the robot. The key here was that they had to provide some warnings. This helped set up a problem for the second assignment, in which they wrote a story about a character who bought the robot, but ignored the warning, resulting in a catastrophic situation.

Here’s some pictures of some of the final models . . . they turned out really well! 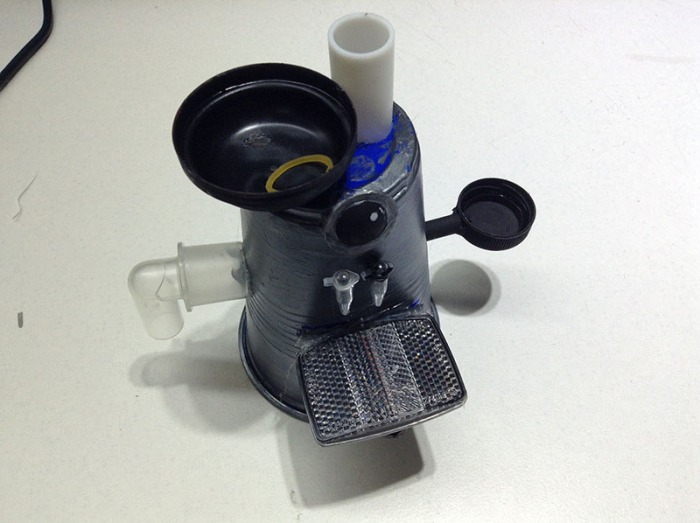 For this activity, students created their own alien “pom-pom” babies and then wrote a series of diary entries in which they imagined finding the intergalactic visitor. The fun part here, of course, was coming up with all the problems along the way! 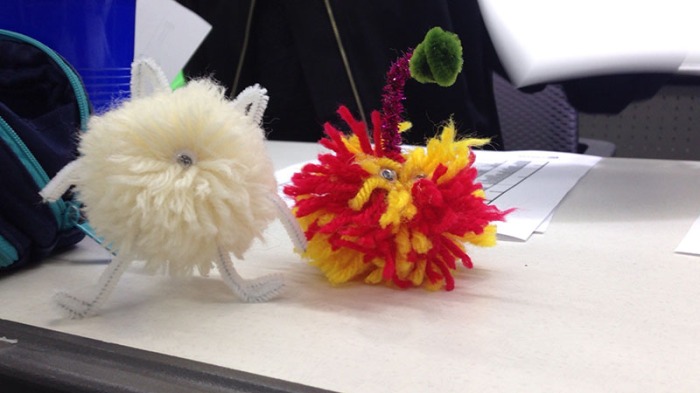 As you can see, we tried to weave in different styles of writing throughout the camp. We brought in newspaper writing by having the students creating a non-fiction style article about the discovery of aliens on Earth. To go along with this activity, the students drew “photos” of the evidence . . . 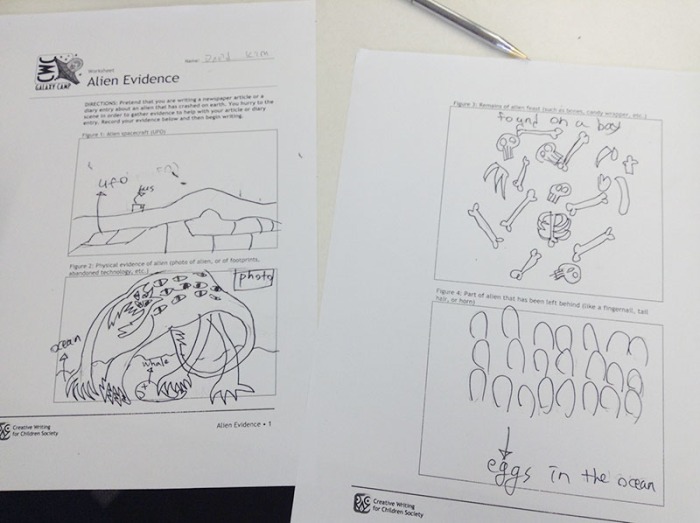 Even aliens need to eat! This activity helped us introduce the five senses to the students. Marcie prepared a box of “alien food” then had the kids sit in a circle while she handed out samples, one at a time. Along the way, the students had to record their responses according to taste, smell, sound, sight, and touch.

Afterwards, they drew on their experiences to imagine their own intergalactic space restaurant. Many of them drew menus to go along with this activity! 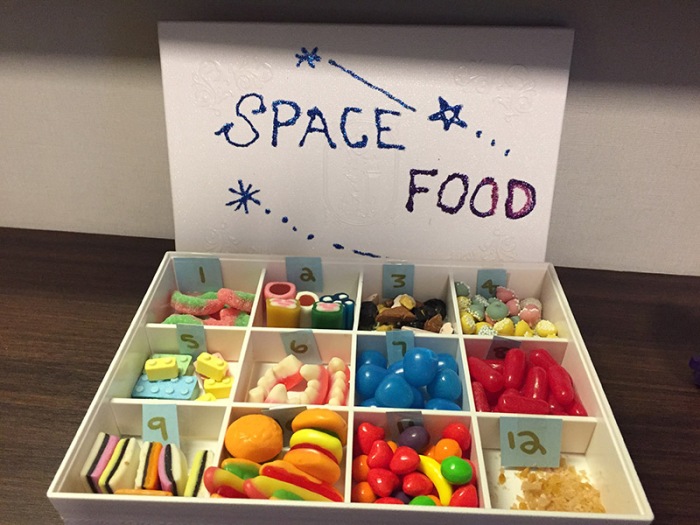 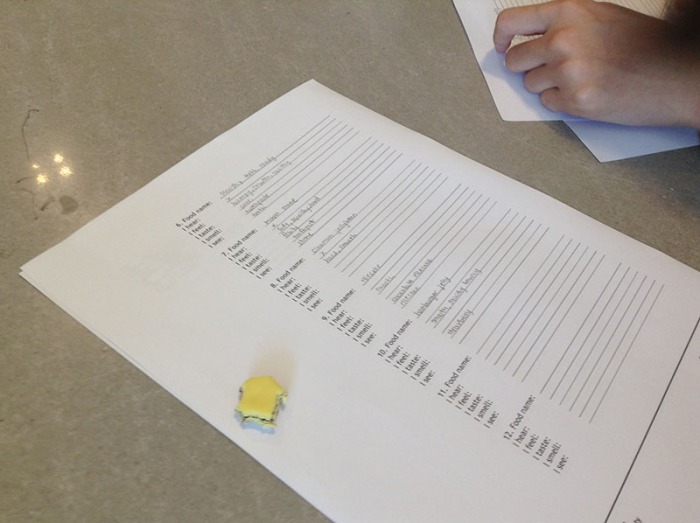 Planet Obliteration, and other fun stuff . . .

Throughout the week, we had the chance to introduce many other activities, such as the visualization of a spaceship crashing, a Space News article, and a whole slew of games connected to our theme. My favorite game was one Marcie came up with: Planet Obliteration. In this game, the students had to use water guns to “destroy” a planet (a bath bomb).

The camp was a huge success and was capped by a fun ceremony in which we shared our thoughts with the parents of our kids and showed a trailer of the space movie we made. More on that later . . .