I’ve been working on a new project, which I can’t say too much about yet, but it’s a middle-grade fantasy book that involves brooms.

Most people think of brooms and fantasy and they automatically think Harry Potter, or, at the very least of some witch or magic-maker flying across the sky . . . but I want to approach the subject differently.

Don’t get me wrong—I love all the broom flying that happens in fantasy books like Harry Potter, The Worst Witch, Discworld or the newer Apprentice Witch series by James Nicol. My wife and I even purposely planned a vacation around spending a day at Alnwick Castle in England, where they filmed the broom flying scenes for the Harry Potter films. We took broom flying lessons there (and failed!). 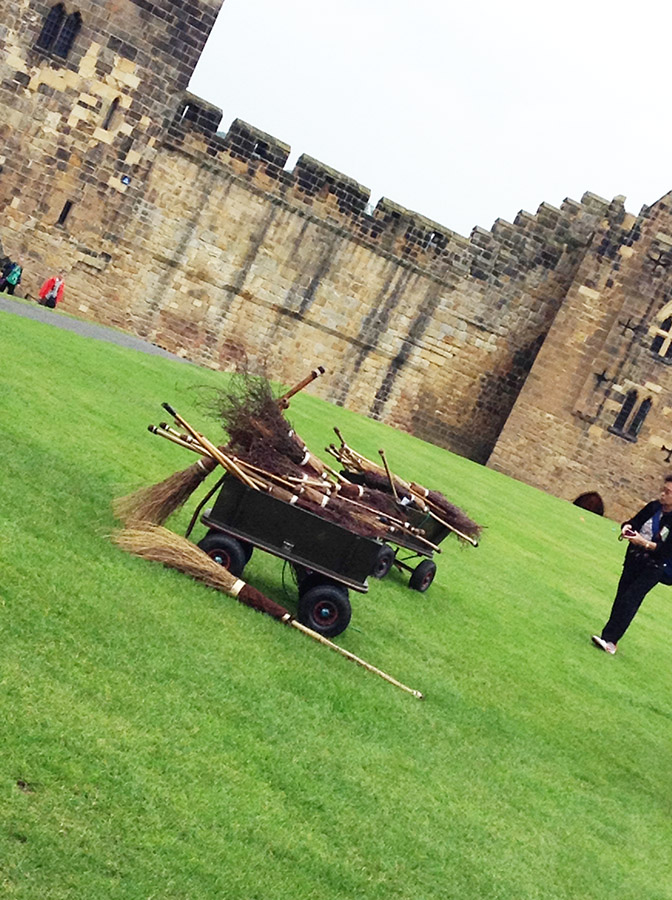 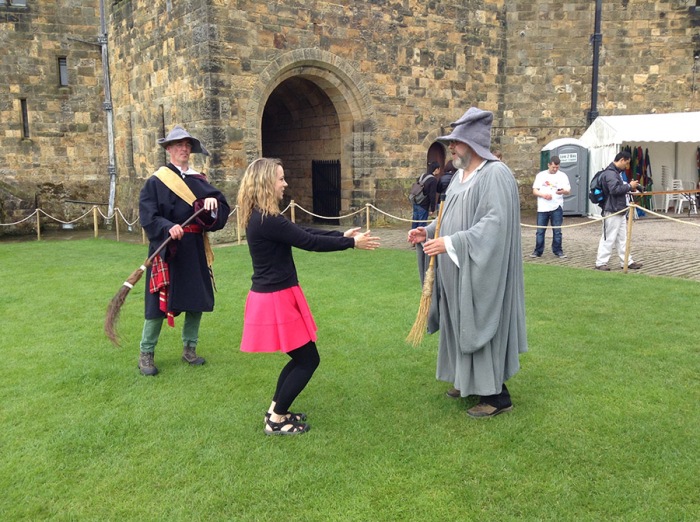 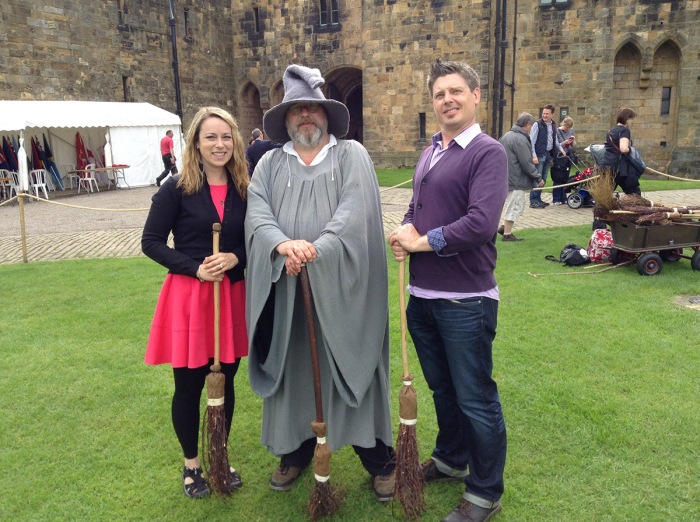 But you may not know that, aside from potential flight capabilities, brooms have other magical associations in common folklore. Some of these are to do with marriage, such as a newly-wed couple jumping or stepping over a broom while holding hands to invite good luck into their home. There is also the idea that brooms can sweep away trouble or bad spirits. The overall theme is the idea of luck or success.

It’s that element of magic that I am drawing upon in my new book.

My interest in brooms far predates my lackluster attempt at joining at quidditch team. My grandfather used to make his own brooms. He grew the broomcorn, harvested it, then fastened the stalk to handles. In fact, I still have one of his brooms, made over forty years ago.

Maybe that’s why I have always noticed brooms in my travels. I see them everywhere. I’ll be strolling along and notice one perched, almost slyly, against a street pole, a park bench, a temple wall. And they are old-school brooms with often crude handles and natural straw bristles. Every time I see these brooms, I always feel that they have been up to something, something just a little bit out of the ordinary.

I percolated on this idea for a long time, and was busy working on other thing, like my Zoone series. But the time came this summer to finally begin developing this idea in earnest. Part of that process means doing some research and I’m particularly lucky, because I just so happen to have a traditional broom-maker in my neighborhood.

So, one crisp fall day, I headed to the Granville Island Broom Co. and peppered Mary, one of the owners, about the tradition of broom making and watched her process. It’s somewhat mesmerizing and a lot more complicated than I originally imagined. 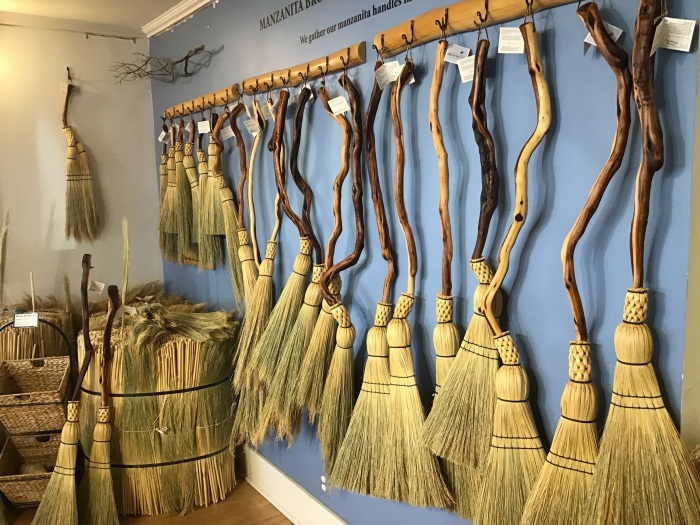 Granville Island Broom Co. sells and ships all over the world, and it’s no wonder—their brooms are works of art.

Here’s a photo of the broom I bought, which has a handle fashioned from manzanita wood: 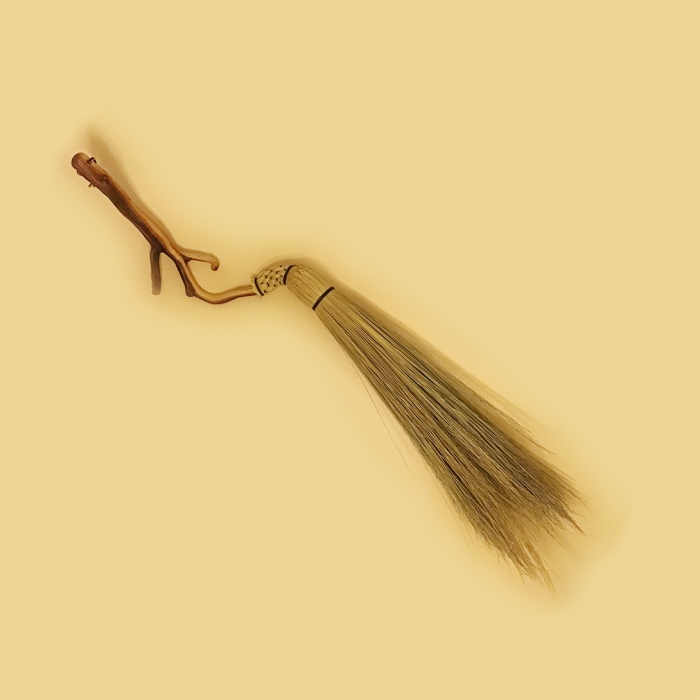 I’ll just say, for the record, that my infant son also loves Granville Island Broom Co. I mean it is a pretty enchanting place!

These days, I’m working in earnest, outlining, writing, rewriting. As I said above, my intention is to focus on brooms for what they are intended to do: sweeping. Sound mundane? Just remember, folklore says that brooms are for sweeping away bad fortune or evil spirits. Or, if you prefer, magic . . .