Day 3 of TD Canadian Children’s Book Week marked the mid-point of my tour and it was very different from my previous days, mostly because I got to spend the whole day at one school. This was a nice switch! When you are a prop guy like me, there’s a lot of set up and pack up, and I only had to do it once today—as opposed to Monday and Tuesday, when I had to do it multiple times, and as quickly as possible to make the next event. (Hey, it’s my own fault!)

An oldie but a goodie

I spent the day in a gorgeous hundred-year old school called Summitview Public School located in the town of Stouffeville, Ontario. I was so busy hunting for the school that I didn’t even see the big sign out from with my name on it. The librarian pointed it out to me, so I rushed out at the break to take this photo, and one of the exterior of the building: 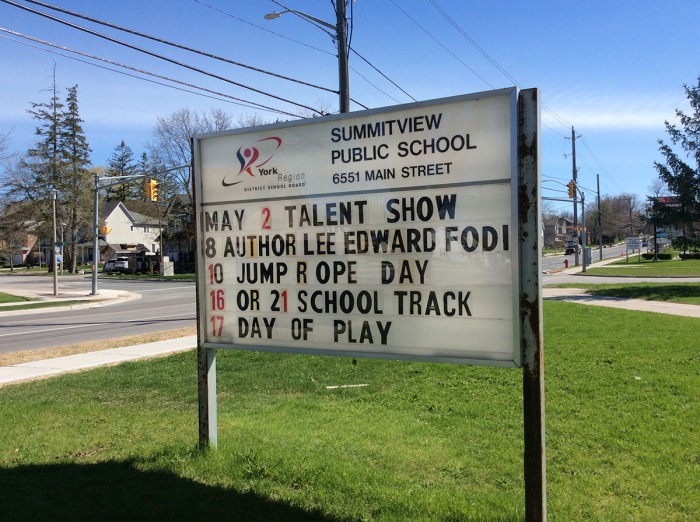 Trees, doors, and a magical item or two!

Because I was there the entire day, I got to speak to the entire student body, from K-8, but in different groups, which I really appreciated. It not only made each group more intimate but allowed me to tailor my content to each age level.

For the younger group, that meant a lot of raw creativity and energy. We brainstormed magical trees and, for the group tree, ended up with a potion tree that was happy to dole out his magic to any passersby (the greedy little dragon who lived in his branches, however, had other ideas!)

Of course, each student also created a tree of his or her own, and I managed to snap a couple of shots:

For the intermediate groups, I was able to combine the brainstorming with a little bit more of a discussion on the writing process. They had such great questions! And, of course, they had some very intriguing designs for their doors. Here’s just a handful of the ones that were produced: 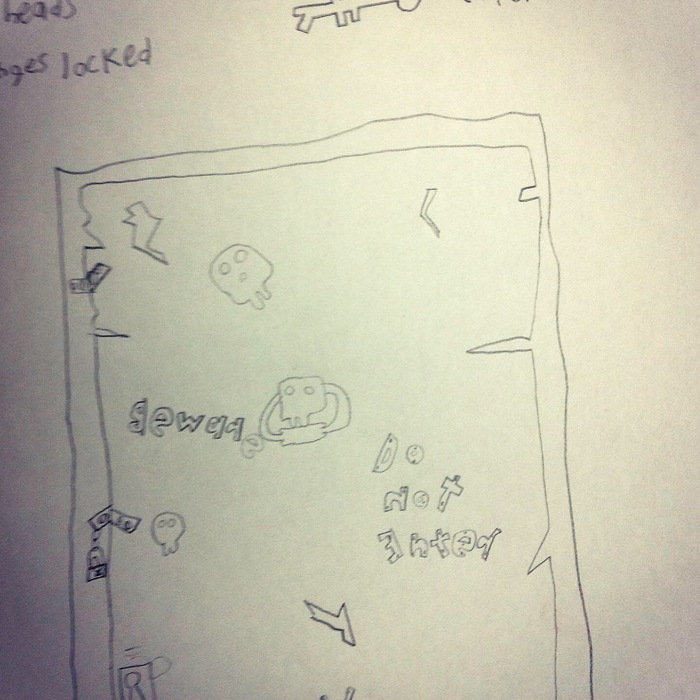 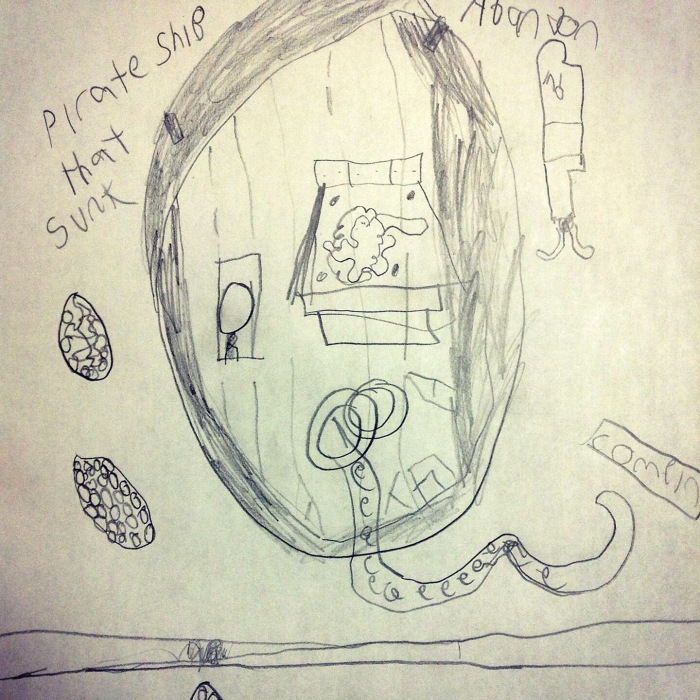 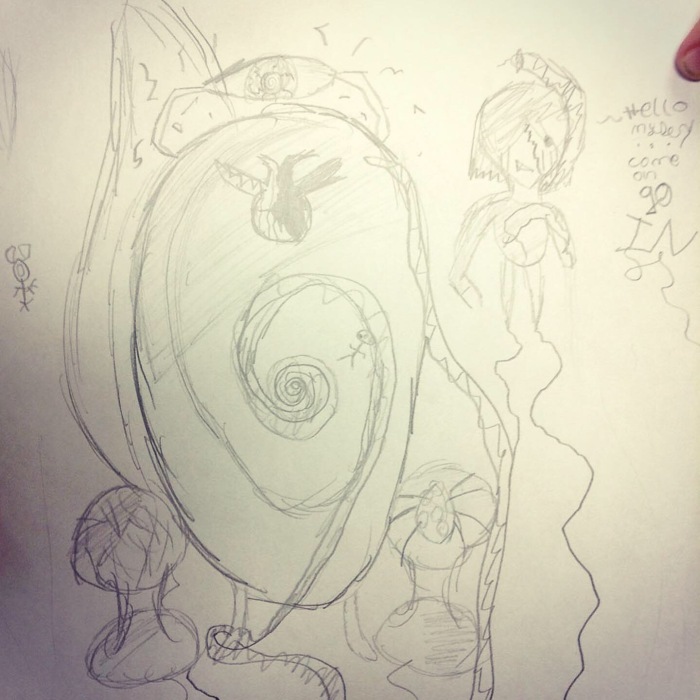 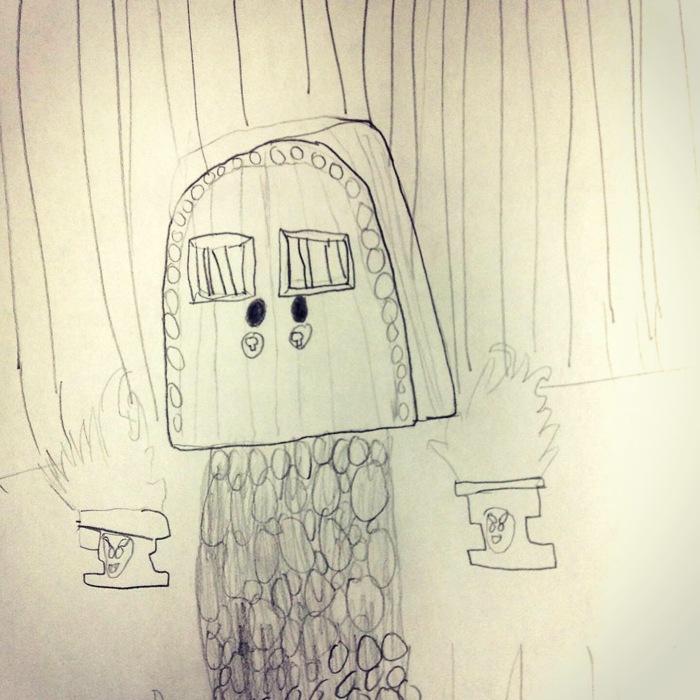 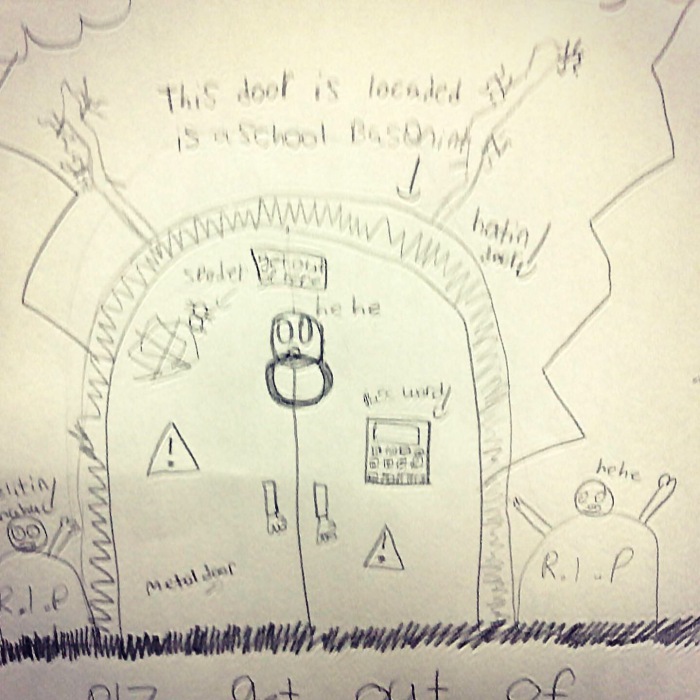 My final group was with the Grades 6-8. I had a lot of time with this group so I really covered some of the professional aspects of publishing, such as how a book cover is designed. Of course, I did allot some time for brainstorming, and we did the idea of magical markets.

This group was a little reserved to begin with, but at one point the cork suddenly popped and they burst forth with ideas. They pitched so many of them at me that we actually ran out of time (the teacher had to do the equivalent of yanking me off the stage with a long cane)!

Some of the items they came up? Well: 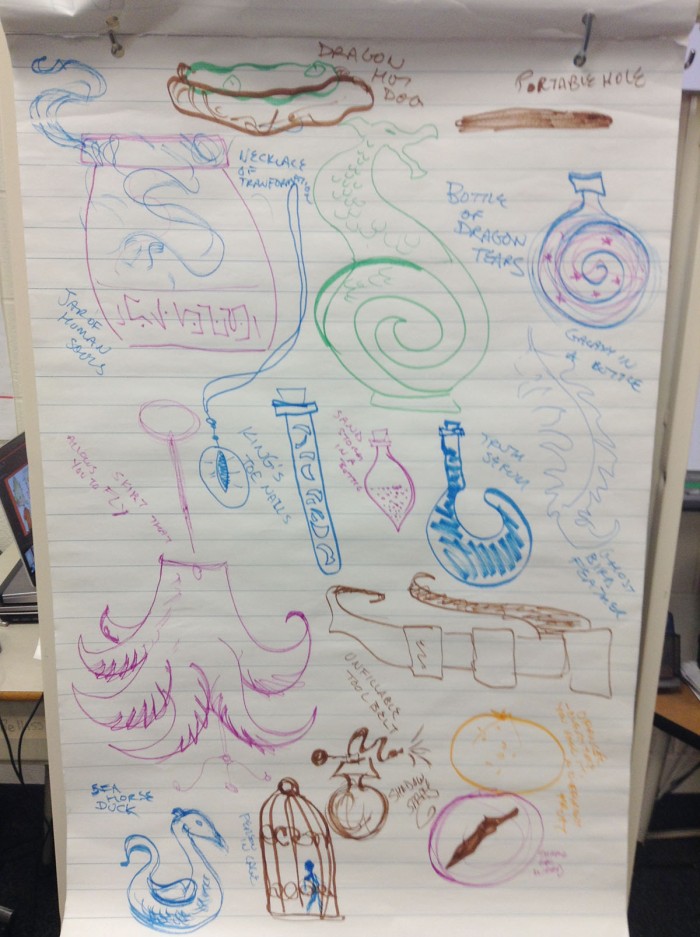 A piece of advice I gave them is to try and be as specific as possible in their ideas—and they took it to heart. That’s why I was given ideas such as “a bottle of king’s toenails” as opposed to simply “toenails.” When you’re specific, the ideas are more interesting and more evocative!

What an engaged and creative bunch—all of them! It was a really great day, which was capped off with more event . . .

Adding to the Buzz

Fiona, one of the older students, started a podcast at her school called “What’s the Buzz?” (The school’s sports teams are “the stingers”, so they got a bee theme here). So, at the end of the day, I sat down with Fiona and recorded a short interview. She was so poised and confident (and prepared)—I was impressed.

It’s not just the kids I enjoy meeting at schools—it’s also the educators. I certainly love to talk about the process of writing, but I also love to talk about the process ofteachingwriting. I’ve had so many great conversations with teachers and librarians these past few days, and it was no different at Summitview. Constance Calvert, the librarian, runs a really great show and I really enjoyed talking “shop” with her!

Favourite question of the day

I’m going to pick two favorite questions, and I feel like I’m entitled because one was from an actual session and one was from the podcast I did with Fiona.

So, from one of my workshop sessions: “Are your favorite characters always your main characters?” (The answer is “no!” I often prefer the side characters in my stories in terms of the ones I grow quite attached to.)

My other favorite question came from Fiona’s interview and was the last one she asked me, which was: “What’s the one questions that I didn’t ask that you would like me to?”

I chose: “What character in your book are you most alike!” (I won’t tell my answer here—I think I’ll wait until the podcast is posted!)

Did I get lost? Yes, because robots are liars

Um . . . does a bee buzz? In yesterday’s blog post, I mentioned that the potential for me getting lost today was low, because I had less travel. I should have never written with such bravado because the robots ganged up and sent me on a whirlwind circle around the greater Toronto area. Google Maps, my GPS, even the hotel website all provided an address that sent me down a freeway with NO hotel. So, basically, I’m in the middle of a stretch of freeway with nothing around me and the GPS is telling me I have arrived at my destination.

I pulled over more than once to try and figure it out. Eventually, I looked up the hotel on Google Maps, found a nearby Tim Horton’s, and plugged its address into the GPS and that got me to my destination. (Take that robots!) I’m staying here for three more nights, so at least I won’t have to hunt for the hotel tomorrow.

Did I just jinx myself?

Lee Edward Fodi I’m a children’s author, illustrator, and specialized arts educator—or, as I like to think of myself, a daydreaming expert. I'm the author of the Kendra Kandlestar series, The Books of Zoone, and Spell Sweeper. During my free time, I'm a traveler, adventurer, and maker of dragon eggs. I live in Vancouver with my wife and son.
Published May 9, 2019