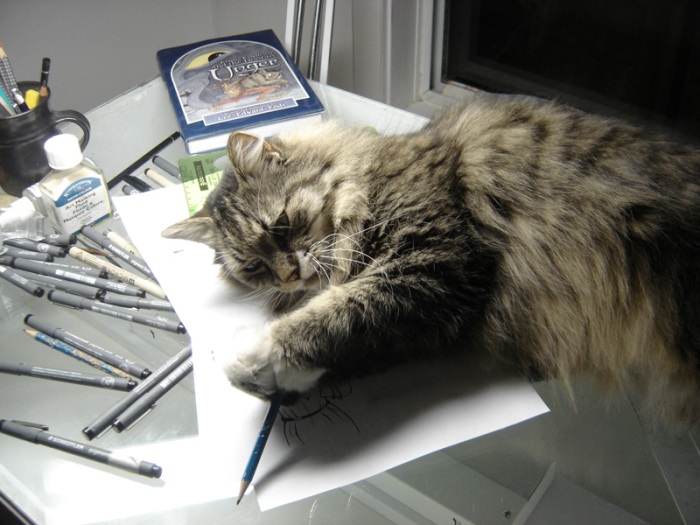 In a previous post, I told the story about my very first pet: a blind chicken. But I would be somewhat remiss if I didn’t tell a story about my current pet, and that is my cat, Griffin. 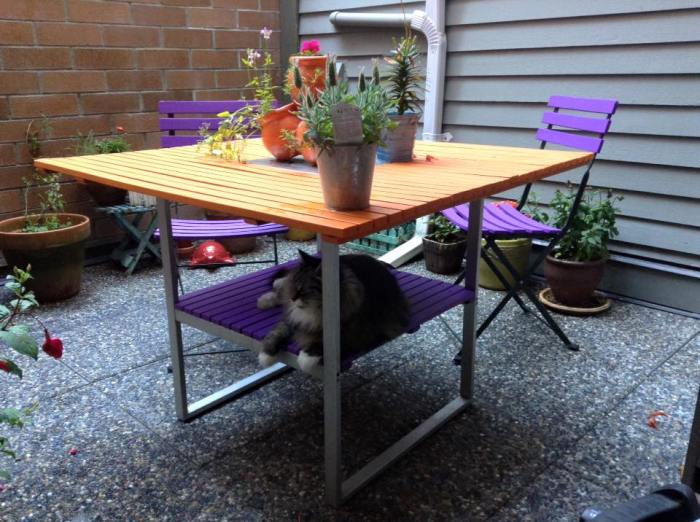 We live in a townhouse with a courtyard. (Incidentally, as the senior cat in the complex, Griffin sort of rules the courtyard; he’s the King of Cats, if you will.) Griffin likes to wander  through the courtyard and lounge on the sidewalk out on the upper street. He especially likes to go out there just as the local elementary school gets out. If we’re out tinkering in our front garden, we can hear all the comments emanating from the street:

Everyone in our neighborhood, it seems, knows Griffin. They pet him, read his name tag, and give him boundless love. One time, we met a neighbor eating his lunch out front who told us that every day Griffin comes out and sits with him while he eats. And, last year, when a kid came to our door on Halloween, he saw Griffin weaving through our legs and exclaimed, “Oh! This is where Griffin lives? Hi, Griffin!” 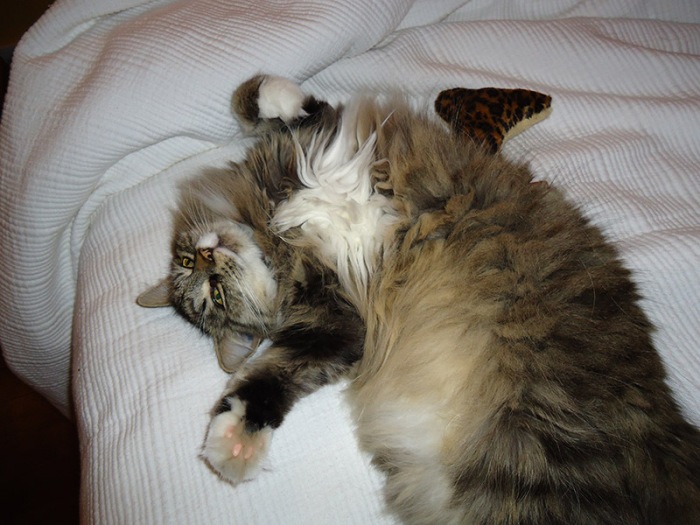 Well, to be fair to Griffin, he seems to return love. I’ll never forget what happened when I first moved with Griffin from our old apartment to the townhouse. Griffin had only ever known the old place, so the move was quite stressful for him. For the first couple of weeks, I never let him venture outside, being too afraid that he would scamper off and get lost.

That first week, the phone rang and I picked it up to hear a woman’s voice asking, “Um . . . hello? Is this where Griffin lives?”

My initial instinct, like any normal cat parent, was to wonder, What did he do?

But then I realized he hadn’t even left the house and, at that exact moment, he was sitting on the floor right in front of me. So I simply replied, “Yes. Er . . . I’m Griffin’s owner.”

“Did you happen to move?” the woman asked.

“Yes,” I said tentatively. “We just moved. And Griffin’s sitting here, right in front of me.”

“Well, I live where you live. Or where you used to live, I guess. And it’s just that Griffin’s, well, he’s my cat, Sam’s, best friend.”

Now, I had never met my former neighbor. I had no idea who she was, let alone her cat. So I said, somewhat befuddled, “Griffin has a best friend?”

“I live in the back of the building,” the woman explained. “Every night at 6pm Griffin leaps through our window and plays with Sam.”

“Sam is completely depressed,” the woman continued. “He misses Griffin.”

At this point, I was really speechless. I had no idea what to say.

“I suppose,” the woman hazarded, “you wouldn’t be willing to let Griffin have a sleep-over?”

“I guess that was a little strange, wasn’t it?” the woman interjected. 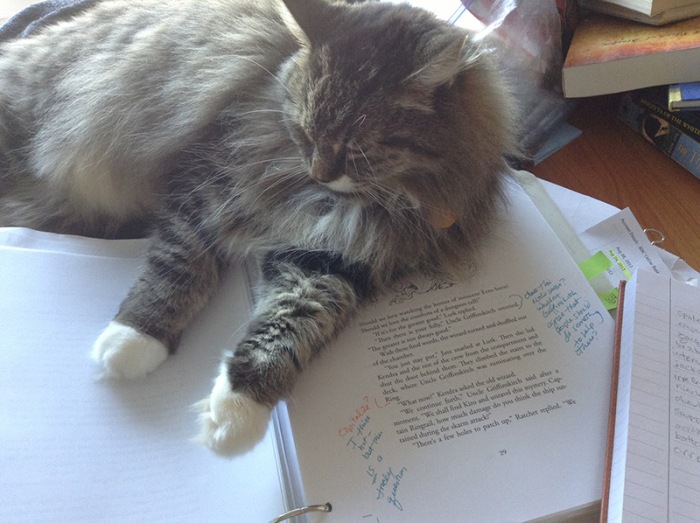 Another question kids ask me is how I came up with the name of Uncle Griffinskitch in my Kendra Kandlestar books. Griffin is responsible for that, too. It happened because of his hair. When Griffin was a kitten, his tiny fuzzy body promised a blissful, short-haired future. But then, a few months later, POOF! He exploded into this long-haired creature. It was about the same time I was designing the character of an old bearded wizard for my book (because wizards have to have long white beards; it’s mandatory). So I decided to name the wizard after Griffin. The “Griffin” part of “Griffinskitch” is obvious. The “skitch” part comes from a nickname we used around the house for him. So I just ended up putting the two names together and, voilà, there was Uncle Griffinskitch.

Alas, as you can see from the photo below, Griffin doesn’t really respect his fictional counterpart. Mostly, he uses my sketchbooks to scratch his back! 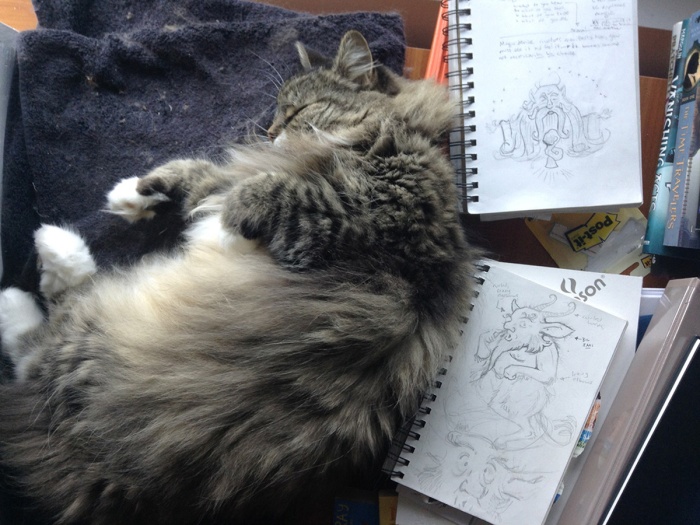