I love to travel and discover inspiration in different corners of the world, but this week I had the opportunity to play tourist in my own town and rediscover some favorite spots.

The impetus for the day’s exploration came with the arrival of a friend’s daughter, Lucy, from Ottawa. I got to know Mark and his family because of their love for my Kendra Kandlestar series. Lucy was perhaps the biggest fan in the family and I had an opportunity to meet her in person several years ago when I presented at the MASC conference in Ottawa. Now Lucy is all grown up (though, a bit surprising to me, she still wanted to talk a lot about Kendra Kandlestar)! When Mark asked me if I was up for spending the day with her and showing her some of the city, I readily agreed; it was the least I could do for this wonderful family who has been such a supporter of my career.

Lucy and I started our day by a visit to Macleod’s bookstore, which is located at Pender and Richards in downtown Vancouver. I’ve mentored many creative writing students over the years, and this is a place I like to take them for inspiration. The store is stuffed and stacked with books. There is an order to all this chaos, I imagine, but one of my favorite aspects of the store is that it seems such a randomly arranged library of the old and even older. It’s hard to escape this bookstore without some treasure.

Myself, I nearly ended up buying an early edition of  The Road to Oz (I coveted it the moment I saw it), but I decided I would come back for it later . . . we had a whole day ahead of us and I did not want to pack it around. 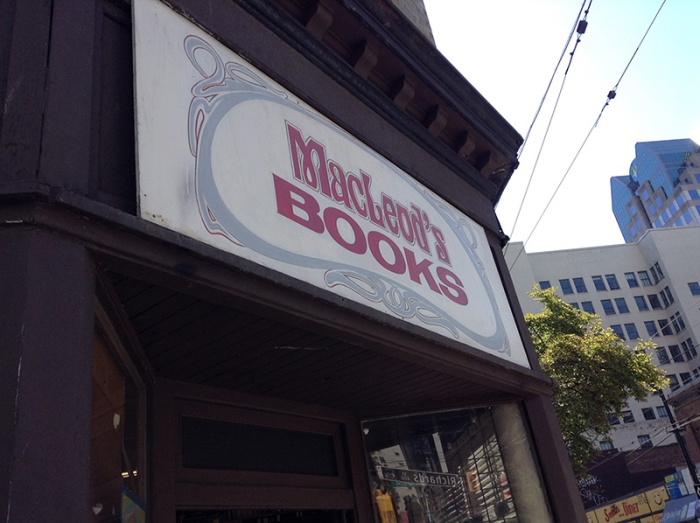 The next stop was Salmagundi West on Cordova Street. This is also a favorite stopping point for me on the Vancouver “Let’s-find-inspiration” tour. Let’s just say that the sign says it all . . .

My favorite part of the store is the basement. They have this old cabinet from the Orient that holds all manner of bizarre items.

If you’re the least bit obsessive-compulsive, then you’re going to have to go through every drawer and discover things like . . . 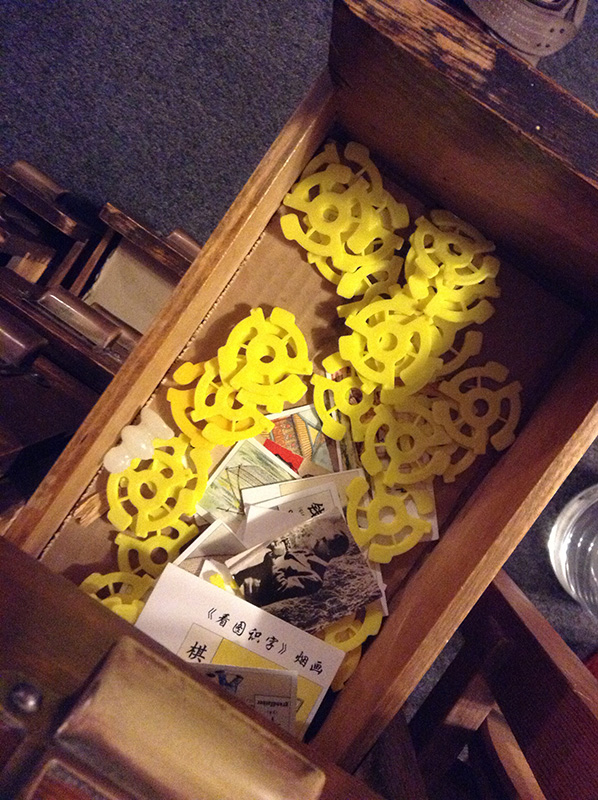 The store also sells a lot of items designed by local artisans. I ended up buying this wooden potion “spoon wand.” It looks just like something that would be used by a character that’s currently coming to life in a book I’m writing.

After escaping Salmagundi, we continued on into historic Gastown to look at the sights. I think, by law, if you are a tourist visiting Vancouver, you have to see the steam clock: 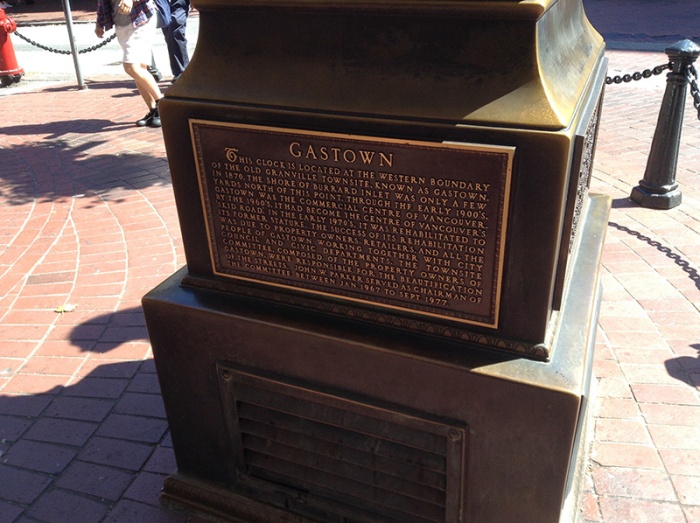 After the steam clock, we continued down old cobblestone streets, such as Blood Alley (once upon a time, this is where you went to buy fresh cuts of meat) and Gaoler’s Mews, which was the location of Vancouver’s first jail. Apparently, public hangings were held there during the last quarter of the 19th century.

It’s all very friendly and inviting these days, full of trendy restaurants and, on this day at least, sunlight. I also showed Lucy the statue of Gassy Jack, the “father of Gastown.” Captain John “Gassy Jack” Deighton was a famous saloonkeeper in the area.

Next, we left Gastown and headed into Chinatown for lunch at the Phnom Penh Restaurant on East Georgia Street. I had never been to the restaurant, so I got us a little turned around at first. That gave us a chance to look at some other interesting sites in the area, such as Shanghai Alley, which was the site of the 1907 anti-Asian riot.

The Phnom Penh restaurant had a line up out the door, but Lucy and I took that as a good sign, so we decided to wait in line. The restaurant serves Vietnamese and Cambodian food. I had heard good things about the chicken wings so I went straight for those—I was not disappointed.

After our tasty victuals, we headed to the Dr. Sun Yat-Sen classical Chinese garden. Lucy loved the tranquility of the place and the beautiful design. We were both particularly entranced by the heron that took up roost on one of the rooflines and stood vigil during our entire visit. 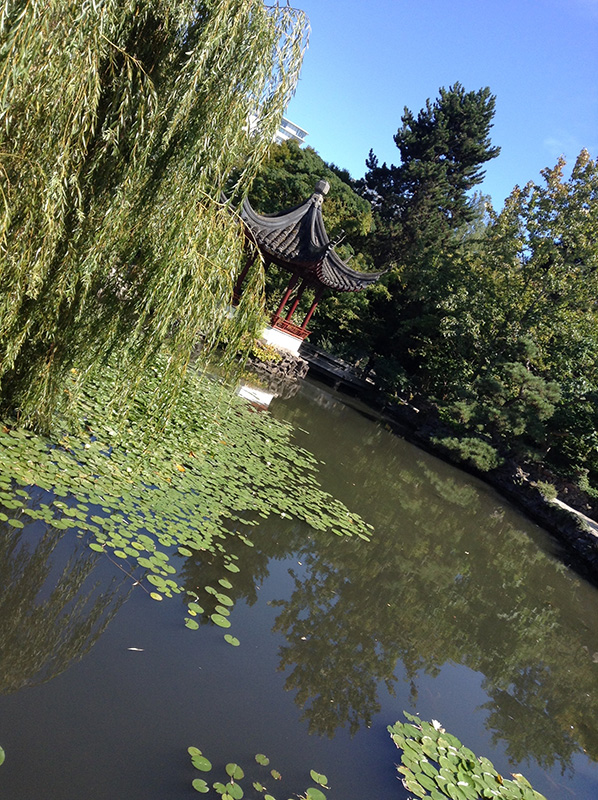 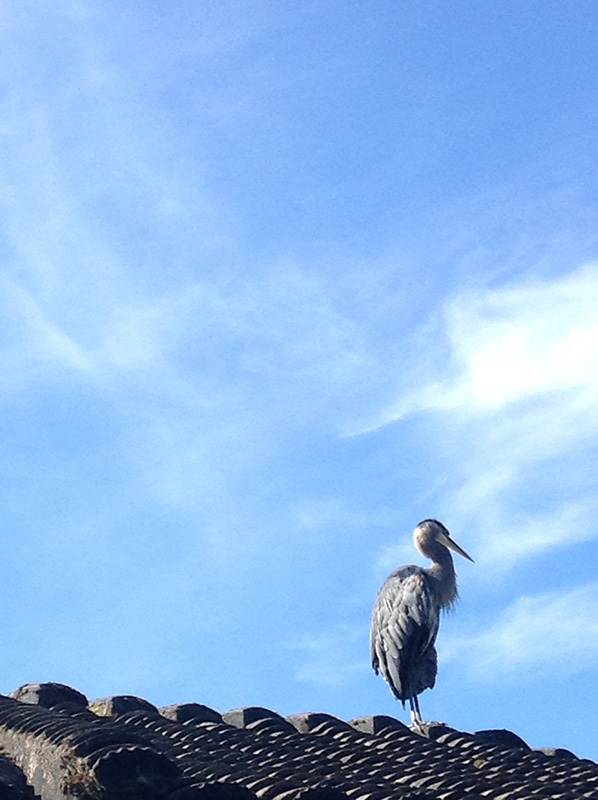 Our day ended with a visit to the Storm Crow tavern, back in my own hood, rejoining Marcie and Lucy’s dad to enjoy some Romulan ale and other treats. We got my favorite seat, right under the foreign-edition Empire Strikes Back poster.

Now, back to work! I’m off to tour libraries in Squamish and Whistler . . .