Today was without doubt our best day so far on our “inspircation.” I’ll admit that this is partly because we didn’t get lost (not once!). But, mostly, it’s because we spent the entire day in Stratford-upon-Avon and, in a word, it was sublime.

I’m an English Literature major and my wife Marcie is an actress, so this was rather like a pilgrimage for us. We were worried that my mom would be a little less enthralled with the plan for the day, but, thankfully, she is a history enthusiast—so there was something for each of us.

Stratford is full of Shakespeare-related attractions that are well-presevered, managed, and marked by the Shakespeare Birthplace trust. Unfortunately, two of the sites—Nash’s House and New Place—are currently closed for renovations, but there is so much to see in Stratford, that our day was a full one.

We parked the car right in the centre of town, fetched a map from the tourist centre, and mapped out a plan. We began at Anne Hathaway’s cottage—the childhood home of Shakespeare’s wife, and also the place where he most likely “wooed” her. This was about a half hour walk from the two centre, but we chose to do this rather than drive or hop on the bus, and this was the right decision, since we got to amble along pleasant walk ways and see many local thatched-roof homes and gardens. 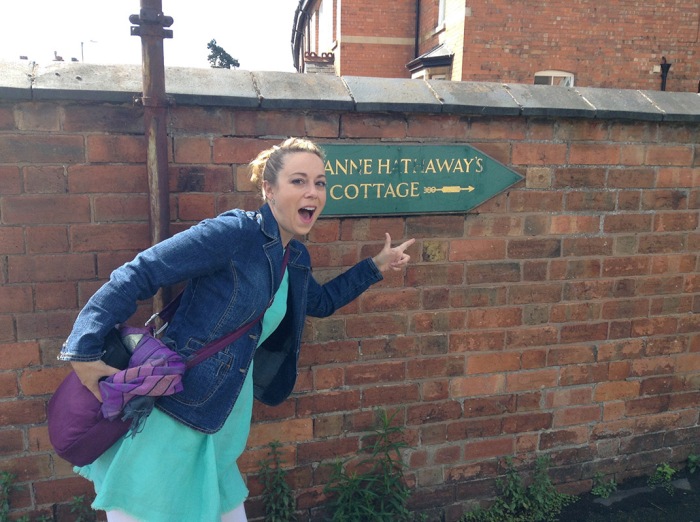 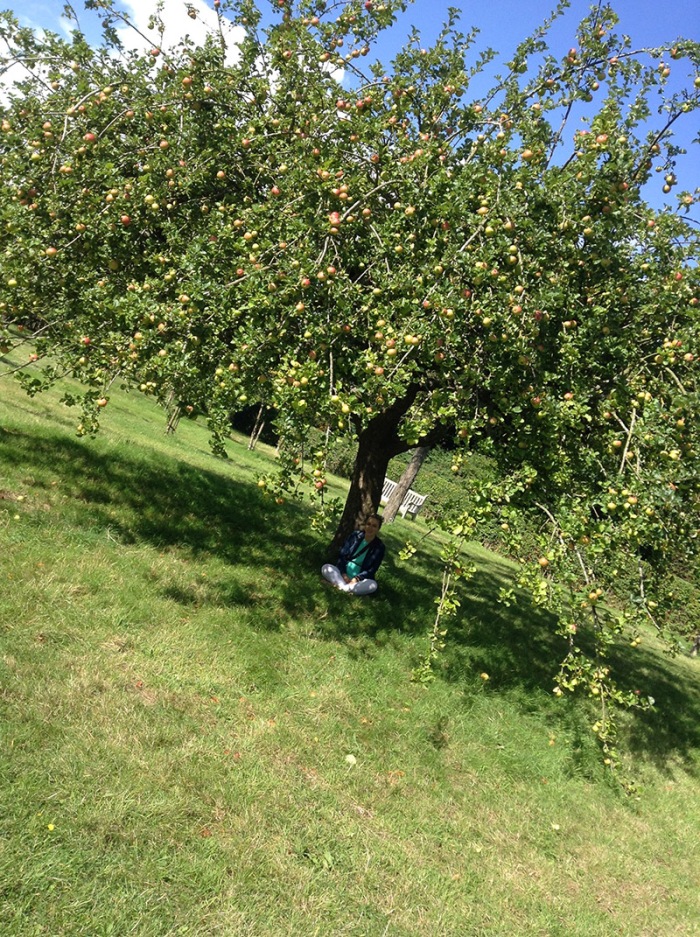 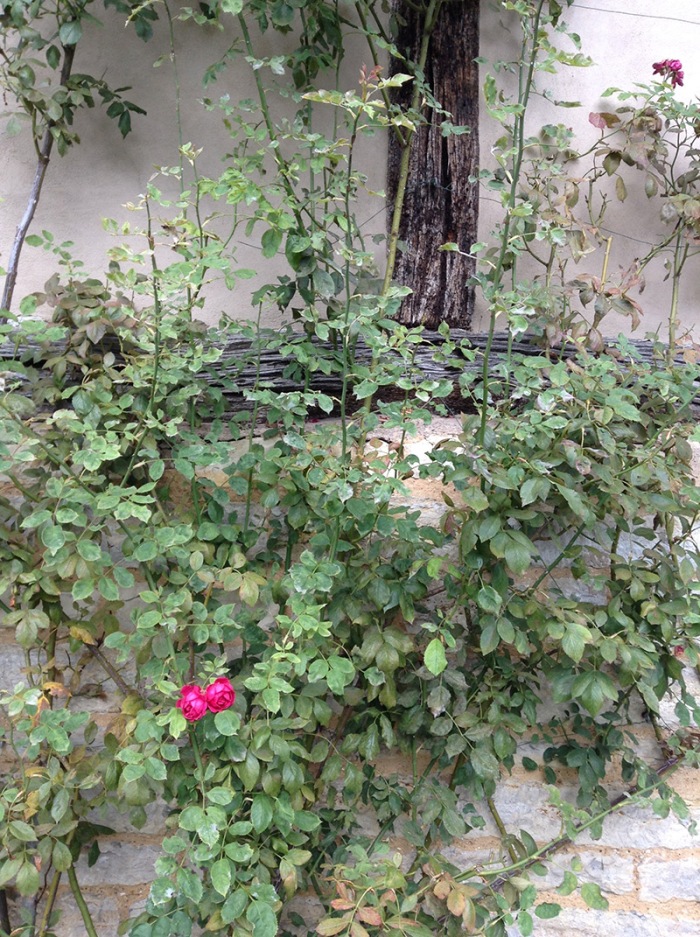 As for Anne Hathaway’s cottage itself, it was beautiful! The house is surrounded by gardens and an orchard and the weather held, allowing us to explore them at our leisure. The home includes many authentic pieces that actually belonged to the original Hathaway household. (It is the only one of the birthplace trust sites to boast original belongings—items at the other sites are from the time of Shakespeare, but did not belong to him or his family members.)

Afterwards, we walked back into town and ducked into a local tea shop just as it began to pour. We each opted for the grilled goat cheese sandwich, thinking it would be light—only to discover that it was an entire loaf of brie cheese on toast. So, not light at all!

The rain ended and we headed on to Hall’s Croft, the site where Shakespeare’s daughter lived with her physician husband. The house was very old, with many parts sagging or leaning, so you certainly can feel the history and age of the place. 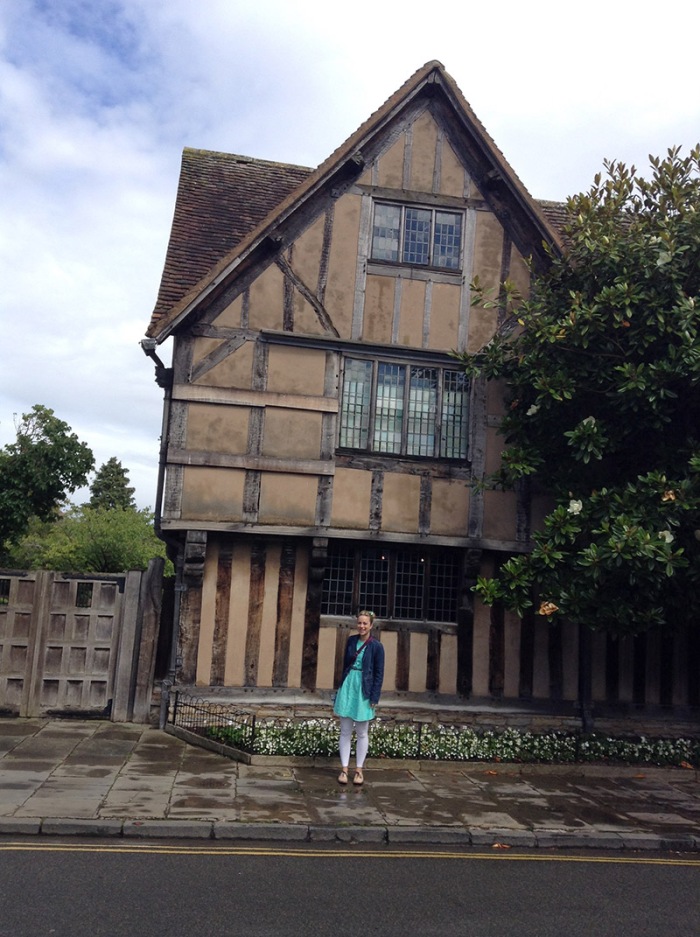 We weren’t above dorking it up during our exploration. Here’s Marcie and I dressed in some Shakespearian garb: 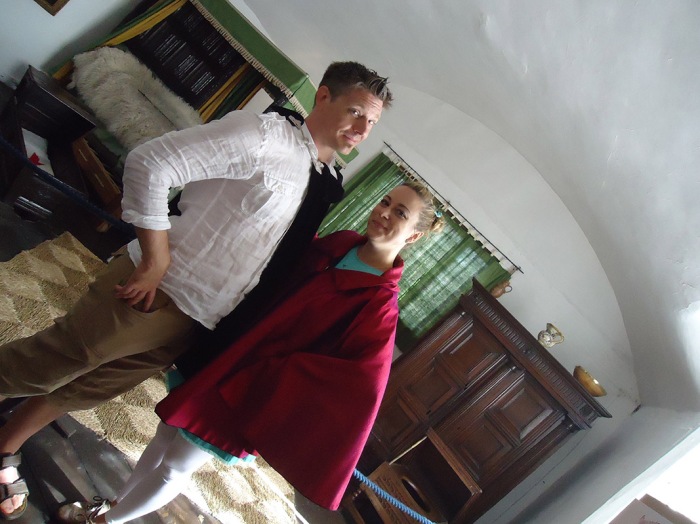 It also had a wonderful garden, including a very old mulberry tree (150 years old). According to one of the site volunteers, mulberry trees were imported by King James to help spawn the silk industry (silkworms eat mulberry leaves). Unfortunately, King James imported the wrong sort of mulberry tree. He ended up giving away all of his seeds and saplings, and the Shakespeare family ended up with them. We were told that each birthplace trust site has a mulberry tree, each a descendent from the original trees given to Shakespeare. 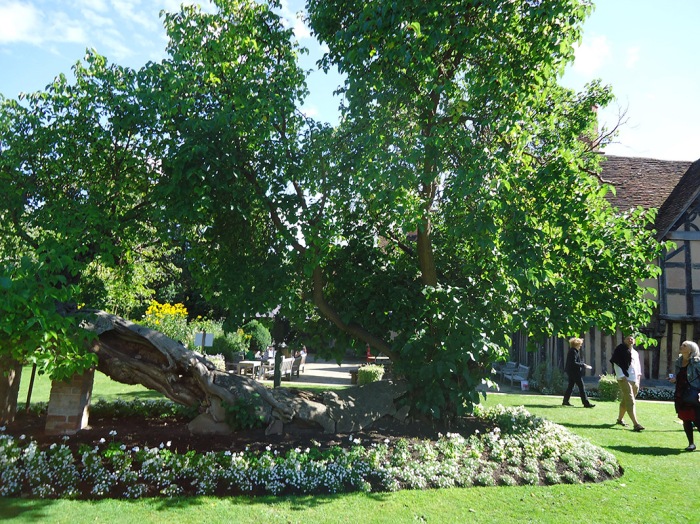 After this, we headed towards the River Avon and visited Holy Trinity Church, which is the site of Shakespeare’s grave. In fact, his wife, daughter, and son-in-law are all buried there. This is possibly the site where Shakespeare was married, though there is no official record. However, you can see the font where he was baptized and there is also a monument on the wall, near his grave, which was erected by his wife after his death. 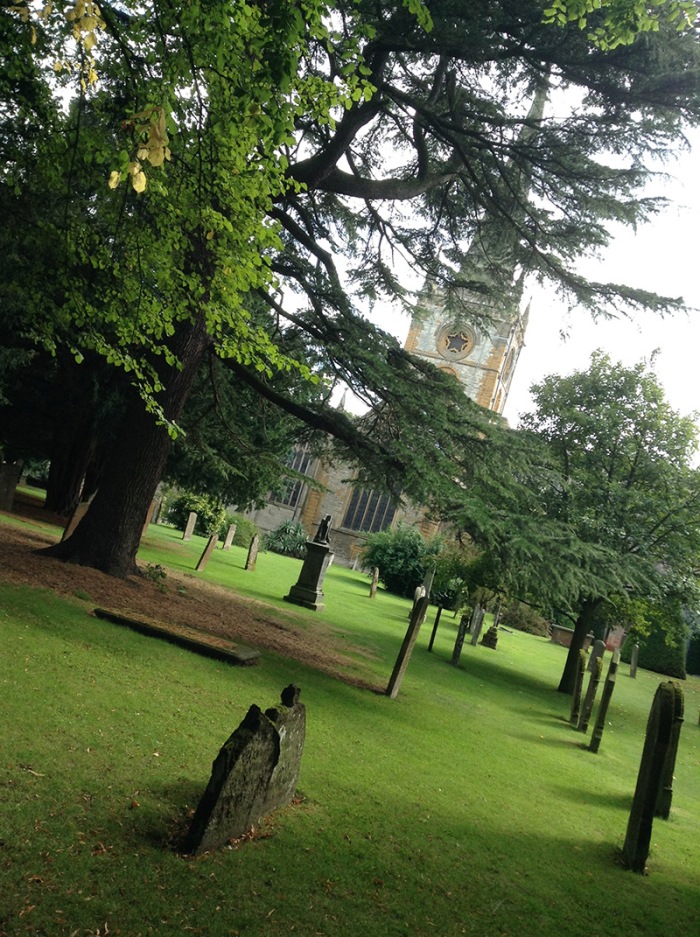 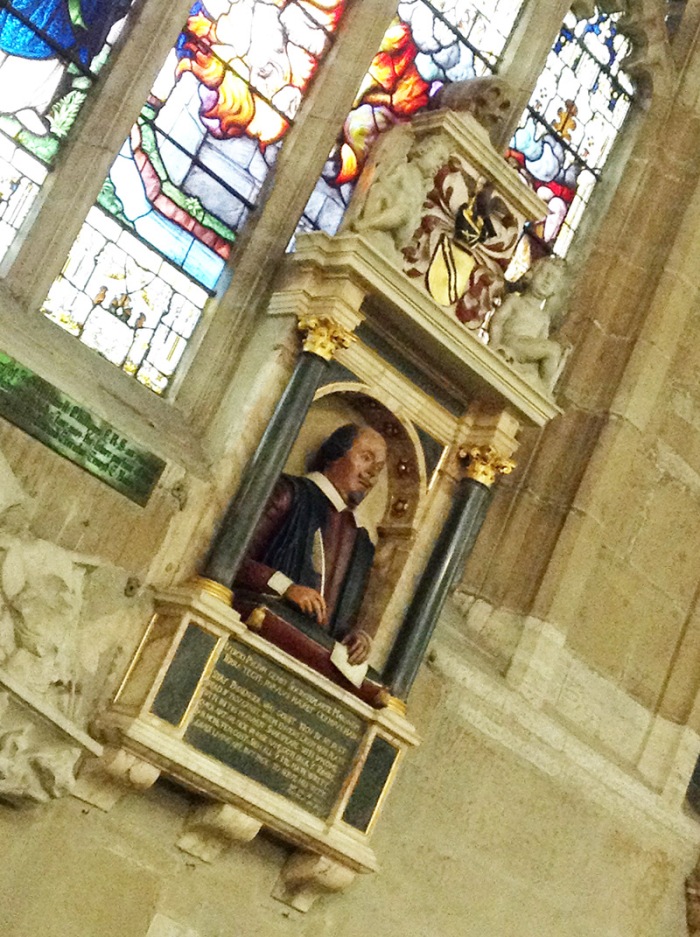 This was a very spiritual experience for us, especially Marcie.

Next, we took the walkway along the River Avon, watching the punts and the swans, and made our way to Shakespeare’s birthplace. (Yes, we did things rather out of order, but did it more for the convenience of route.)

Shakespeare’s birthplace really showed its age, propped here and there with steel braces and the like. What is fascinating about the house is that it also was the place where Shakespeare’s father operated his glove-making shop. The house was also an inn and tavern (The Swan and Maiden) for a while, too. The place oozes with history. 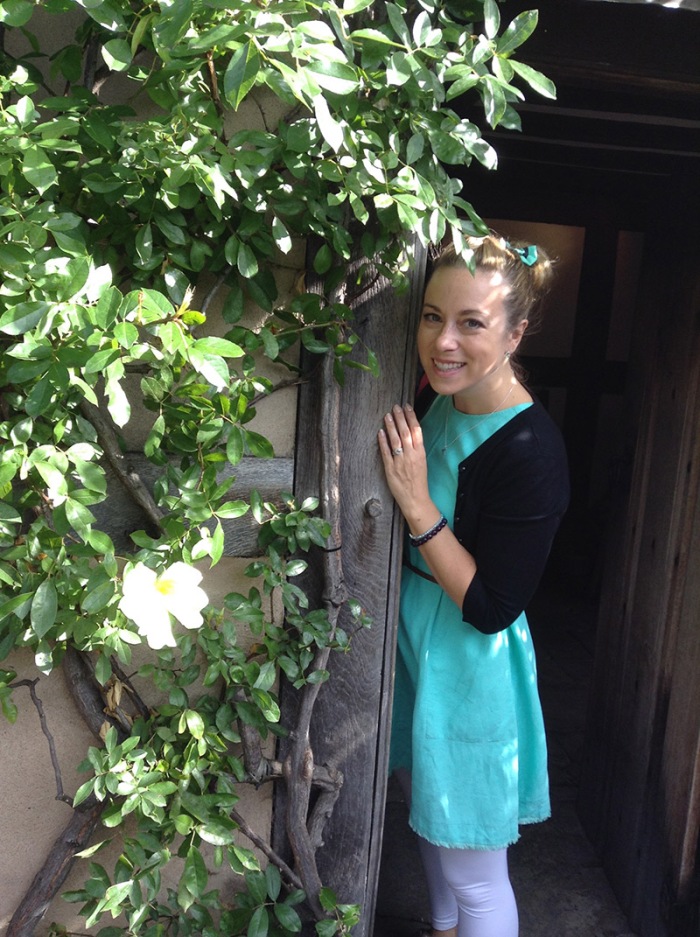 One thing that I didn’t know was that the house has been a place of pilgrimage for many actors and writers for a long time. A display in one of the upper rooms shows the old windows that used to be in the house, where famous people etched their names in the glass.

We capped the night, of course, by going to see a Shakespeare play. Othello was playing at the Royal Shakespeare Company’s theatre. Our seats were high up and steep, so that I felt as if I might almost tip into the stage. But this was a wonderful vantage point, as the production was designed to play to all viewpoints. I know we saw things that audience members in other sections could not, such as the floor sinking to allow the water to bubble up from centre panels, symbolizing the canals of Venice. 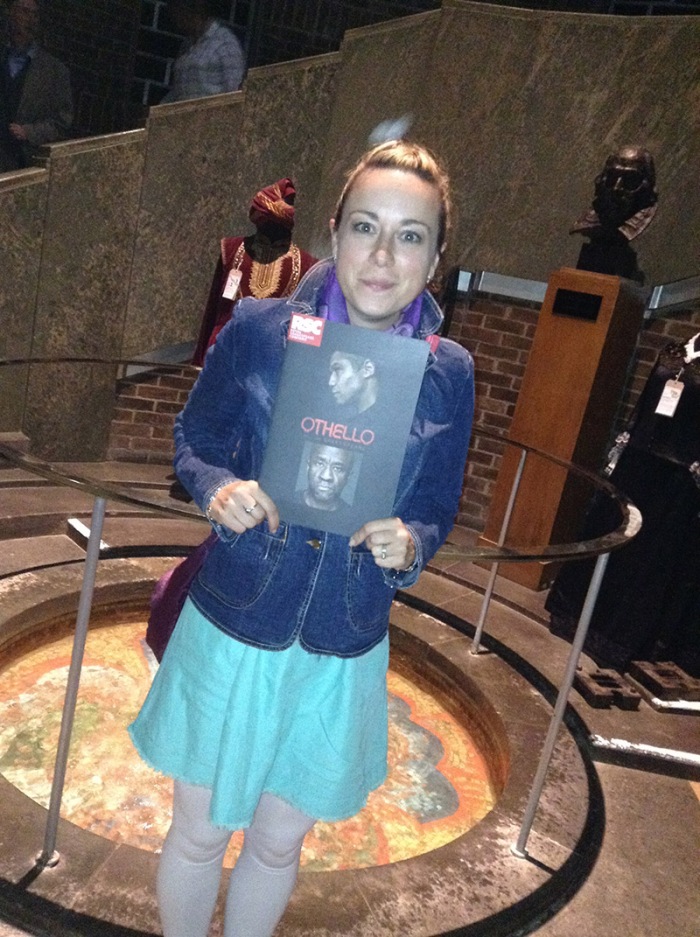 Since I am a huge Star Wars fan, I was delighted to discover that the play featured two actors in prominent roles. Hugh Quarshie (from The Phantom Menace) played Othello and Ayesha Dharker (from Attack of the Clones) played Emilia. The production was amazing. This was my mom’s very first Shakespeare play, so she was surprised by the modern rendition of the play—I suppose she was expecting something very traditional. As for me, I loved this interpretation.

Finally, I’ll end off with some of the many doors that grabbed my attention throughout the day. 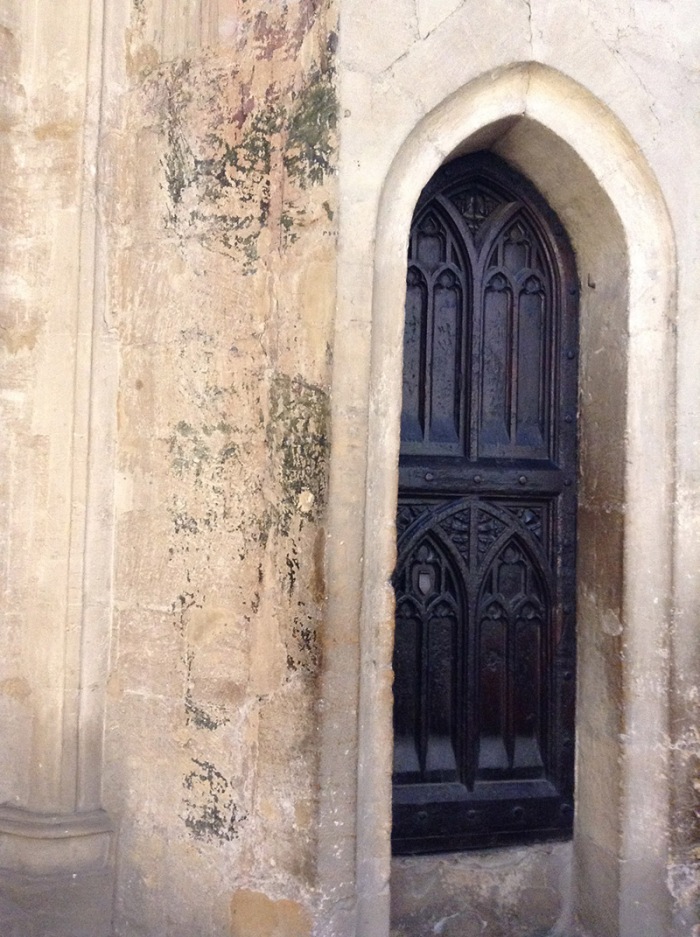 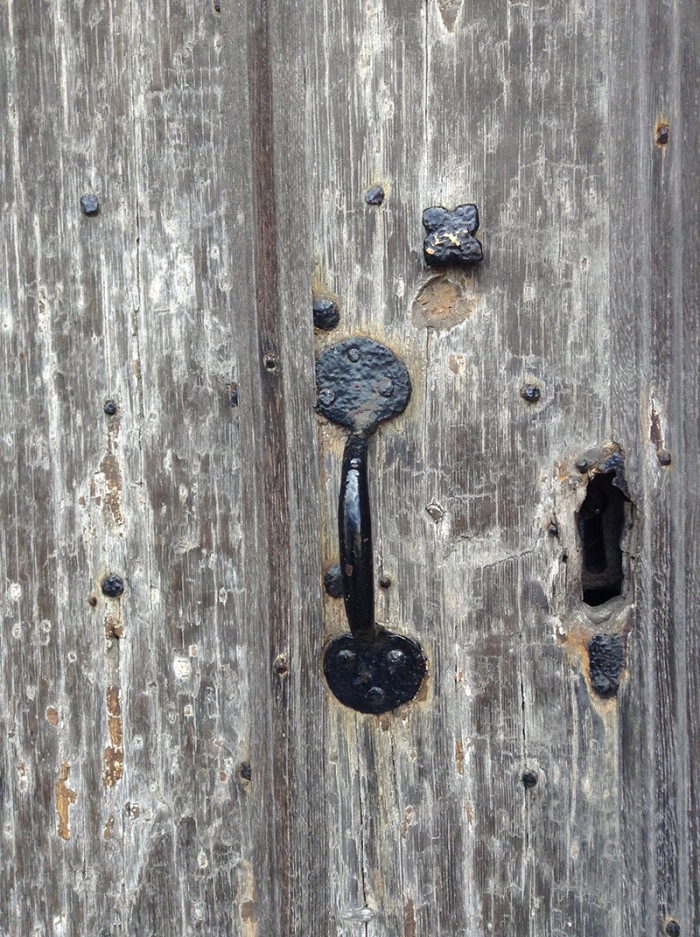 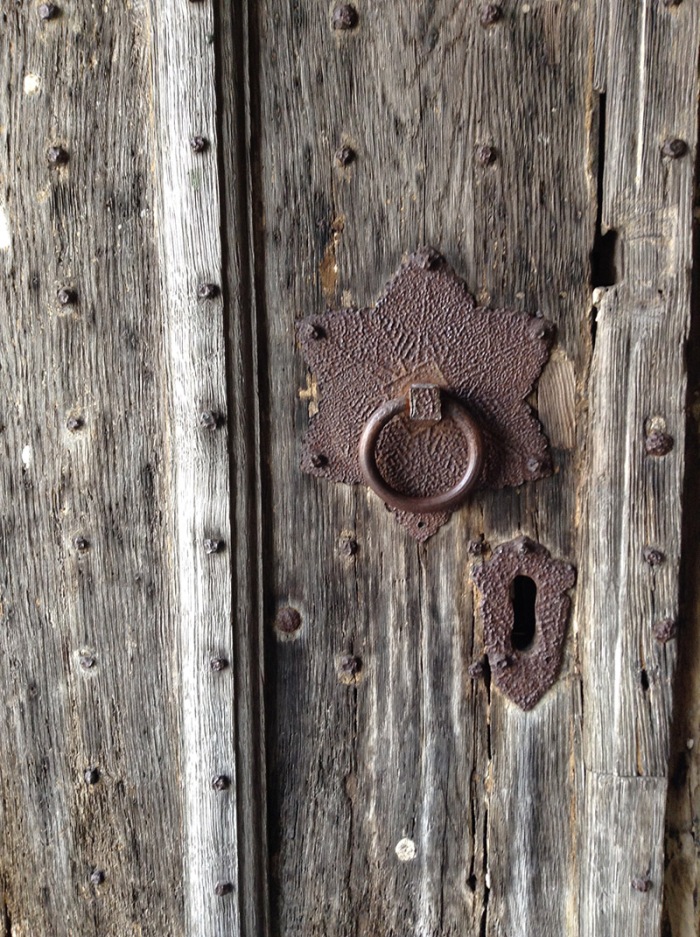 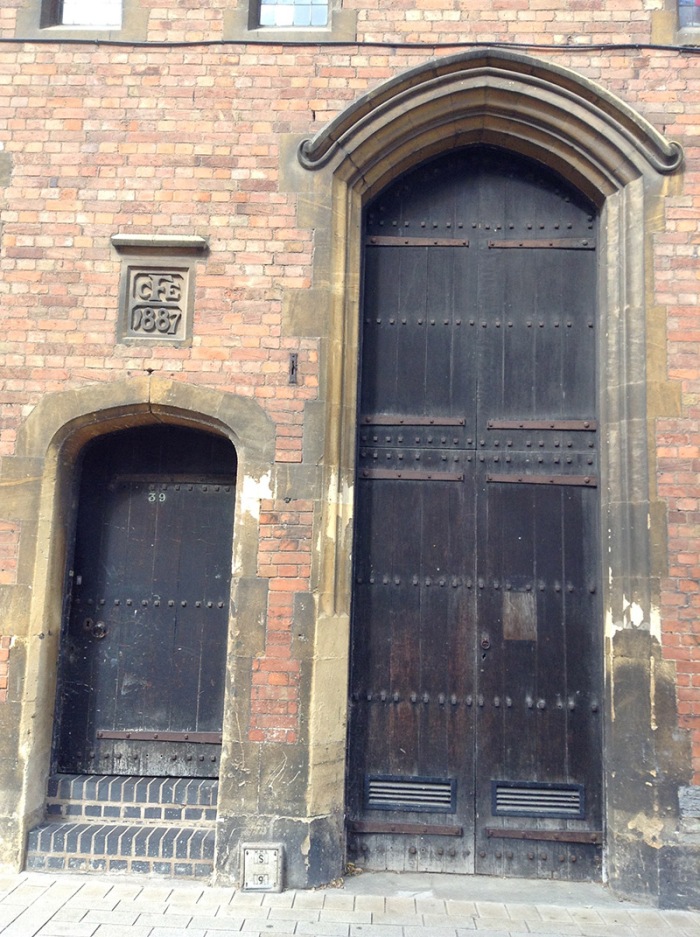