In an earlier post, I chronicled my epic journey to reach the first school on my TD Children’s Book Week tour in Southern Ontario.

Given the misadventures I experienced, it’s only fitting that I decided to deliver a workshop on mapping epic quests to the Grades 4-6 at Ekcoe Public School.

I’ve long used mapping as a technique to help me write my own stories. Way back when, when I was working on the first book in my Kendra Kandlestar series, The Box of Whispers, I sketched out a map to help me sort out the time and distance it would take for the characters’ journey. Unfortunately, I never kept the original sketch . . . mostly because I decided to turn it into a final, polished illustration for inclusion in the book: 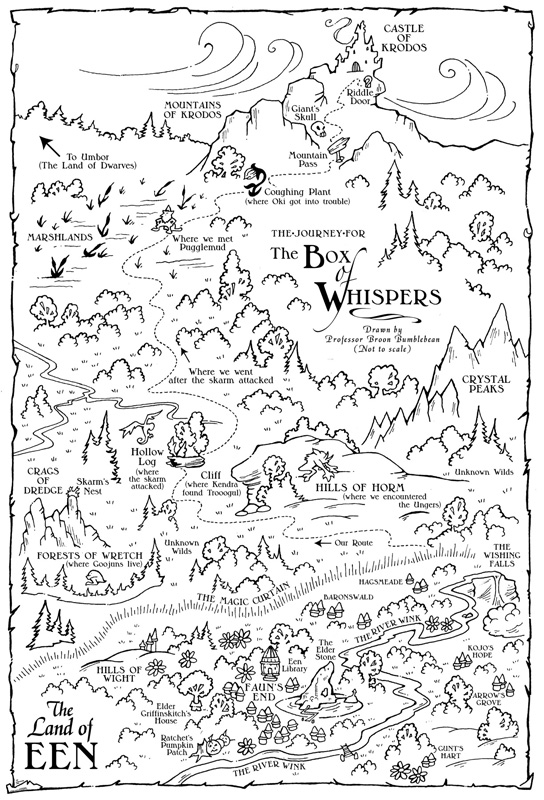 Ultimately, I find mapping such an important tool in my writer’s kit. I used it not only to help with plotting, but also with general world building.

It’s also a technique I try to bring to schools. At Ekcoe School, I led the students in a discussion of plot and had each of them create their own individual story map. We also made a “group” map, which I drew based on the suggestions that came from the audience. This is what our group map turned out like:

Mine is pretty messy . . . but of course, the whole process goes pretty quick, and part of the point of the whole exercise is to not be perfect. Brainstorming should be messy, because you don’t want to invest perfect illustration techniques in something that you will end up changing afterwards.

Here’s just a smattering of some of the maps created by the fabulous Ekcoe students! 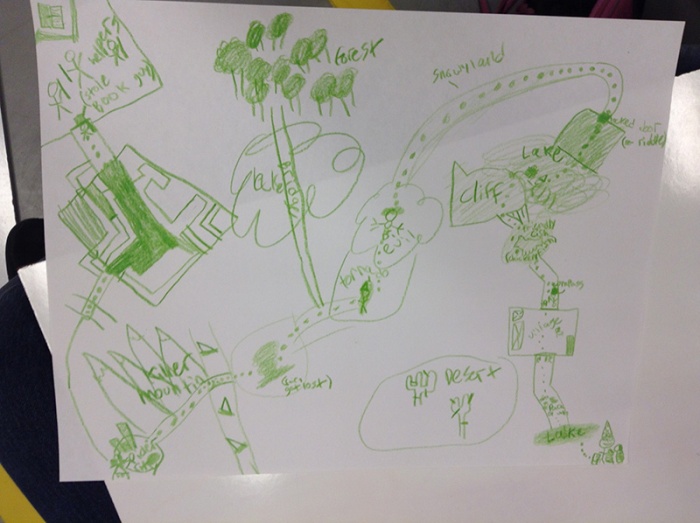 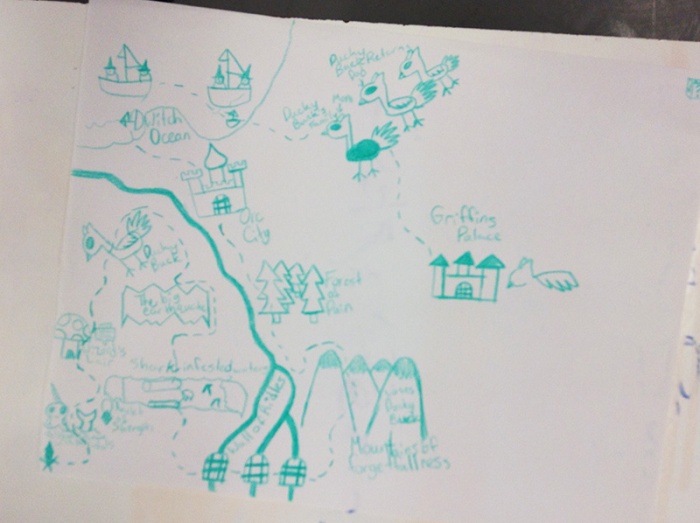 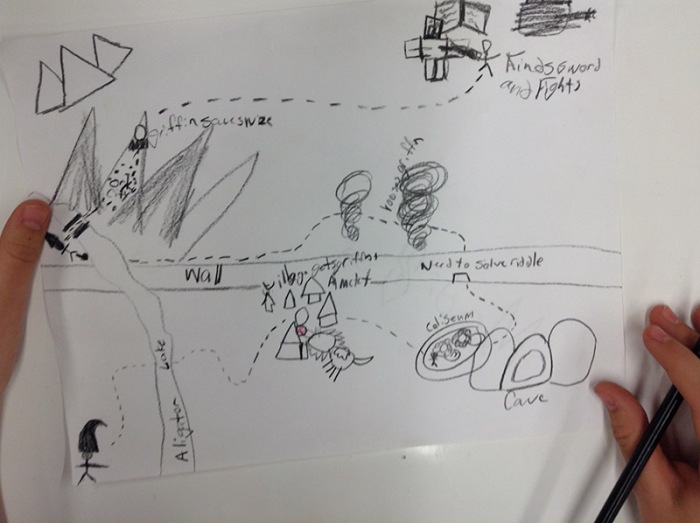 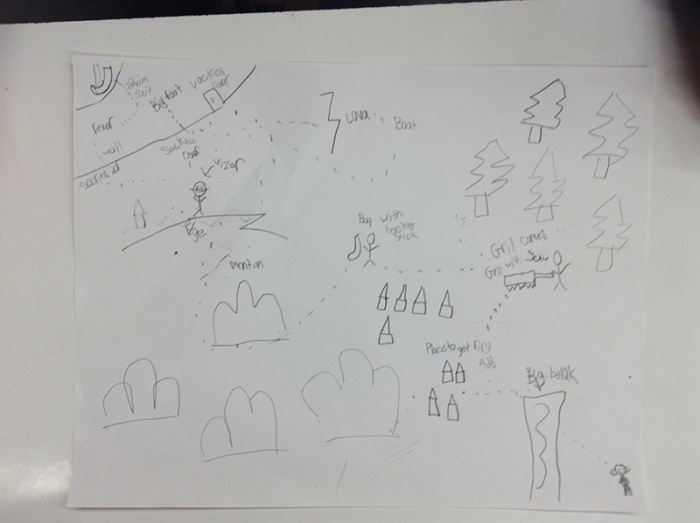 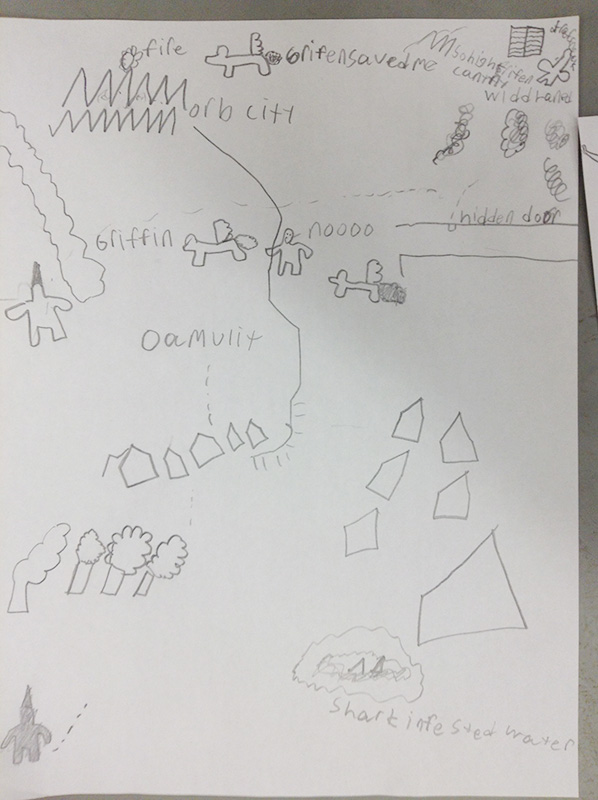 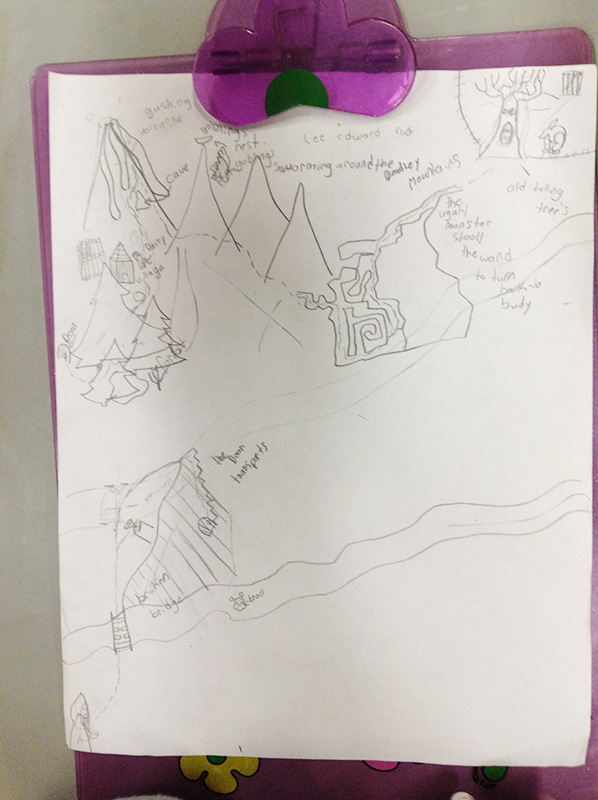 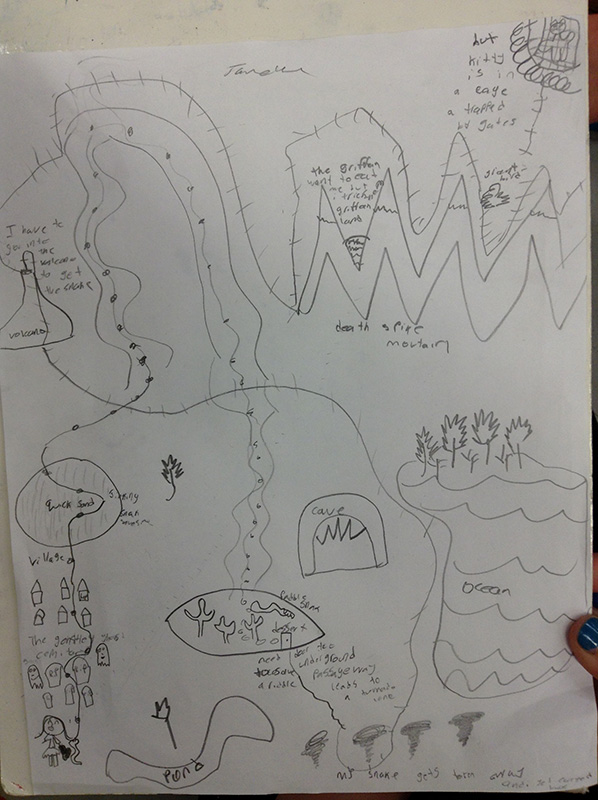 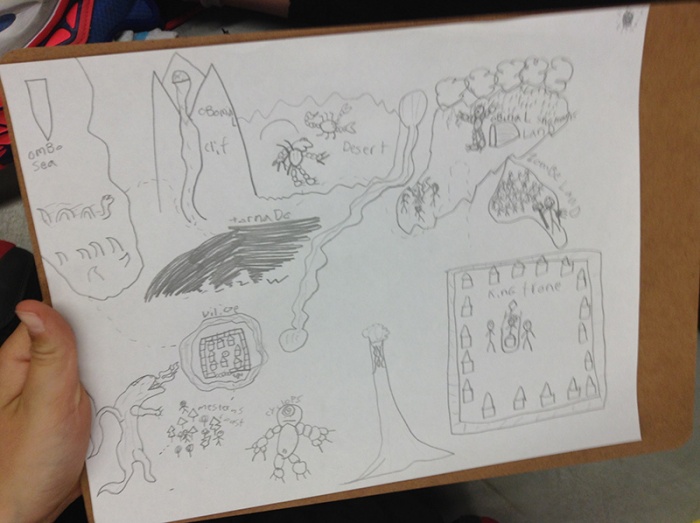 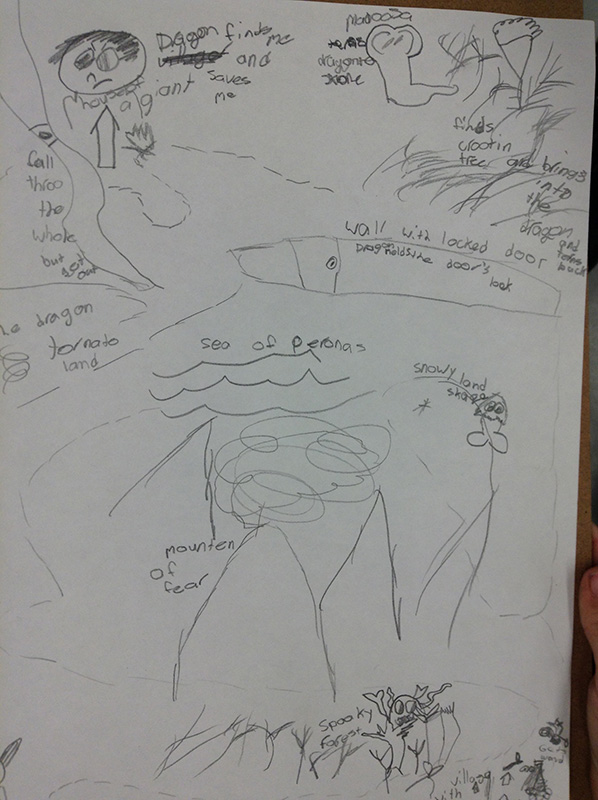 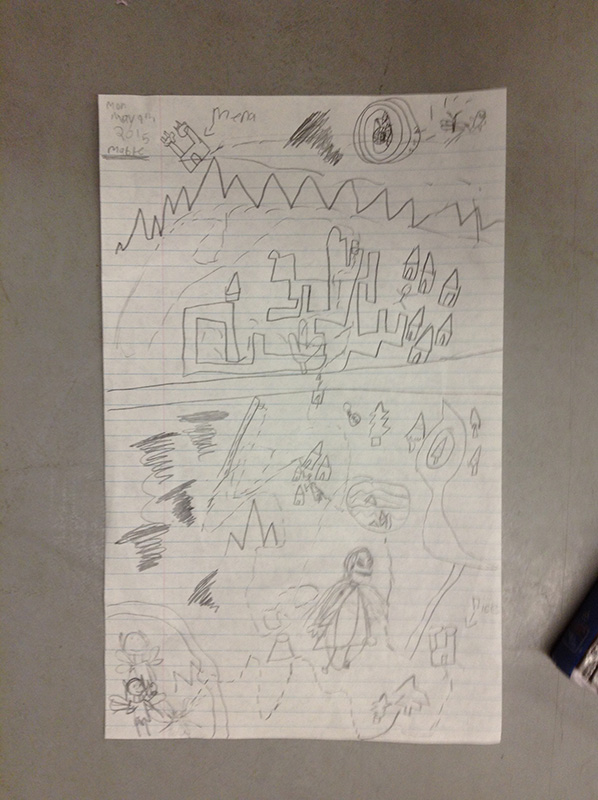 For the younger students, I decided to do my character brainstorming workshop. This one goes a bit quicker than the mapping, so is a better fit for a shorter workshop session. I didn’t manage to get any photos of the kids’ characters, but here’s the general group character that we brainstormed. He looks pretty grumpy. (But, hey, it was Monday morning, after all!)