As I mentioned in a recent post, I discovered a lot of inspiration when my wife and I visited the big island of Hawaii in November. In addition to the varied (and often fantastical) landscape, the petroglyphs, and the totems, we encountered a lot of wildlife—much to my surprise.

Kids often ask me how I get inspiration for some of the monsters in my Kendra Kandlestar books. The visual appearance of my characters come from all sorts of sources, but there’s no doubt that the emotion that Kendra feels when running into the Ungers, Krakes, skarm, and countless other creatures is derived from my own personal experiences. I’ve seen giant water lizards in Bangkok, found myself standing between a mama moose and her calf in Canada, and crossed paths with a jaguarundi in the Guatemalan jungle near the ancient temple of Tikal.

Some of those experiences were a bit dangerous. I didn’t have quite the same excitement in Hawaii, but I did get plenty of animal-related inspiration for a world (well, actually two worlds) that I’m developing as part of a new book.

Here’s some of the critters we encountered . . .

Geckos are everywhere in Hawaii. You’d be hard pressed not to find these colorful characters. They would scurry past my feet in the morning when I would go out on the lanai each morning to drink my coffee. Yes, they’re pretty skittish, but at one of the cafes we went to, we saw an amusing sight. The staff puts out little pots of jelly to attract the geckos. Despite the nearby patrons, the geckos sneak down for a tasty treat. The way they slurped down the jelly reminded me of my cat at its dish.

Below is a leaf bug that I saw perched outside of a park bathroom. I’ve never seen one in real life before. I did a double-take when I saw this one. 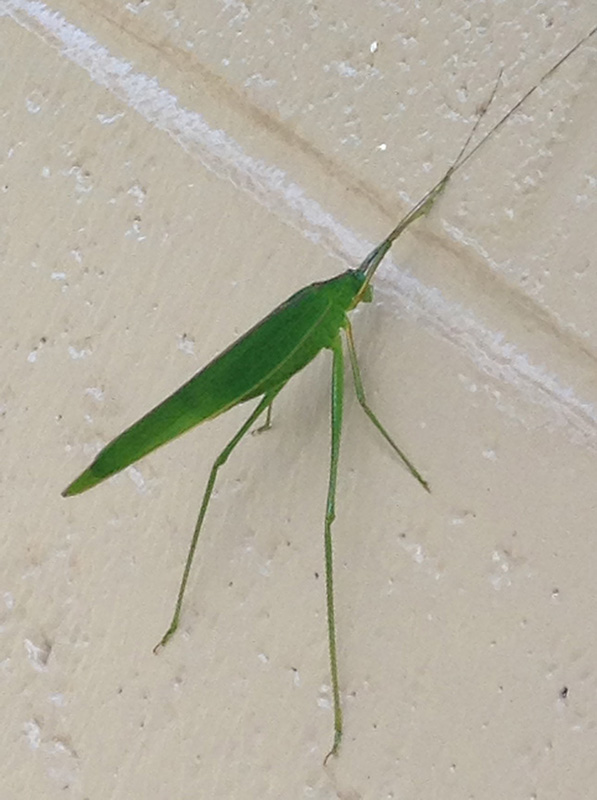 Of course, one of the things Hawaii is known for is sea turtles. I once illustrated an entire book about them (I’ll Follow the Moon). I kind of wished I had been to Hawaii first and experienced these turtles before doing that book! We saw the turtles in many places, but one day we hiked out to a remote beach where we found many of them out on a low-lying spit of land. It was shallow enough to walk right across and get a better look at the turtles—though we also obeyed the signs and made sure to keep our distance, so as not to disturb them from their rest.

The turtle below came right up alongside me while I was perched on the rocks. It came so close that I could have almost touched it! I affectionately called it “Big Red.”

We saw many sorts of crabs, but my favorite ones were these big black ones that were perfectly camouflaged against the black lava rock. These scuttling critters, along with the sea turtles, really helped me formulate a clear idea for a very specific aspect of the worlds I’m currently building in my new book. 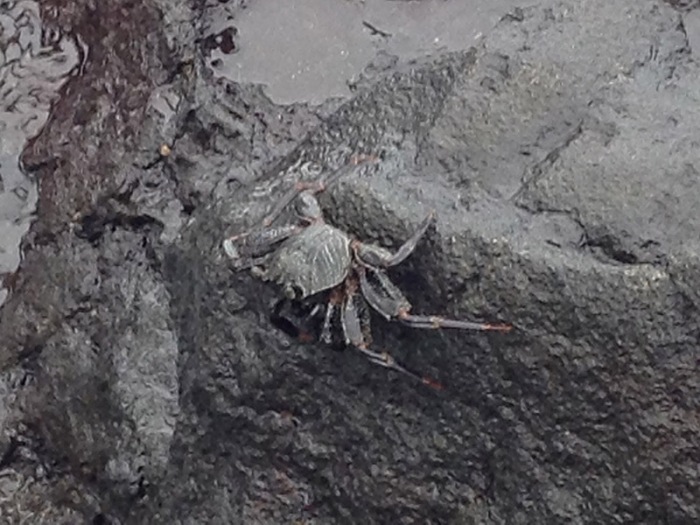 The picture below is of a dolphin in a pool at a hotel nearby where we were staying. My wife adores dolphins and we were lucky enough to also see them in their natural habitat when we were snorkeling. We couldn’t get a picture of those ones, even though we swam out to try and interact with them. Alas, it was too far out, and we had to turn back. 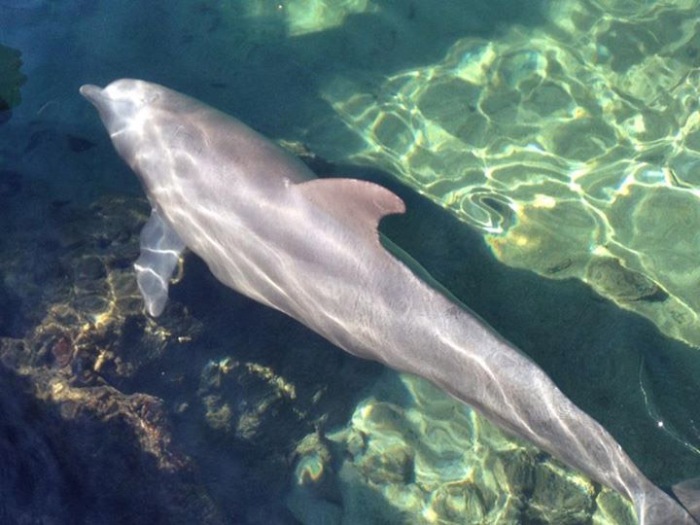 By far, my favorite creature experience of the trip was seeing a family of chameleons. They lived on an avocado tree on a coffee plantation that we visited. We would have missed this experience all together, except Marcie asked why there was a “Chameleon Crossing” sign next to the gift shop. The tour guide took us over and showed us the chameleons by lifting two of them out of the tree.

I had never seen chameleons up so close and was completely fascinated by them. We even got to hold the baby one.

Of course, there were plenty of other creatures that I don’t have pictures of. I never could snap off a picture of one of the mongooses that were darting about our residence. Maybe next time . . .