In my continuing blog series on world building, I’m devoting this week’s post to iconography. Every world has symbols that show up in a variety of ways. Some are obvious, like flags, seals, or crests, while others are less obvious, such as the color of a uniform, or the shape of a door knocker. The more you can think about iconography, the more texture you can add to a world.

In my opinion, there are two things to keep in mind here. The first is to make sure your symbols match the culture you are assigning them too. To give an extreme and obvious example, you wouldn’t assign a star or a rainbow to a warrior culture. But you can also think of this in more subtle means.

For instance, in my Kendra Kandlestar series, the Eens are a peaceful, timid, and humble people. When I was first designing the Elder Stone, the political center of the land, I envisaged it as a tall and palatial structure. I quickly realized that this didn’t match their culture. They were a people more likely to hide than to boast, so the final design ended up looking more like a natural rock. 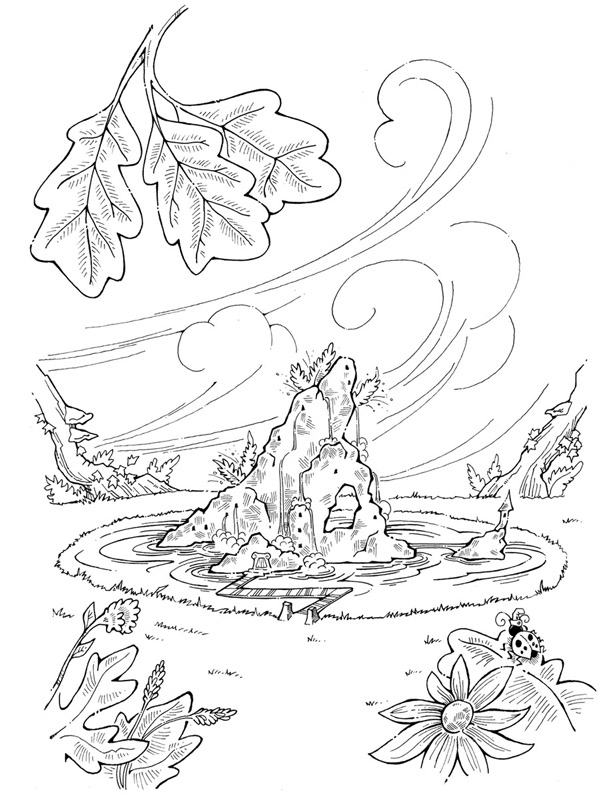 As such, the Eens don’t have a flag or a crest of arms; these things are too ostentatious for them. But they do have a lot of symbols that work their way into their daily life. First of all, each Een (except for many of the animals) wears braids, which is an homage to their founder, Leemus Longbraids. And then there are the magical shapes, such as stars, moons, and bells, that find their ways into their fashion. Animal shapes and faces, especially those of owls, can be found in Een architecture or even in their pottery, which is due to the fact that Eens have a strong connection to nature.

Of course, most fantasy worlds incorporate some sort of iconography, which especially comes out in illustrations. I always loved the “Z” embedded within the “O” that can be found throughout the Land of Oz:

Narnia, of course, is all about the symbol of Aslan.

A story like Watership down has symbols too. There are the different scratches or “marks” given to the rabbits in the warren of Efrafra. The marks denote which rabbits are slaves and which ones are members of the Owlsa (the ruling rabbits).

Hogwarts school in Harry Potter makes extensive use of colours and symbols. Any fan will quickly recite to you the colours and symbol of each house in the school, which is illustrated on the wonderful coat of arms:

These are the types of details that bring much delight to readers, and I like to think that authors should take great delight in creating them. In fact, I often have my students start their world creation process by creating symbols. A fun project is to start with a coat of arms. As students consider the types of colors and symbols they want to include in their worlds (their stories), then they begin to instinctively develop culture. 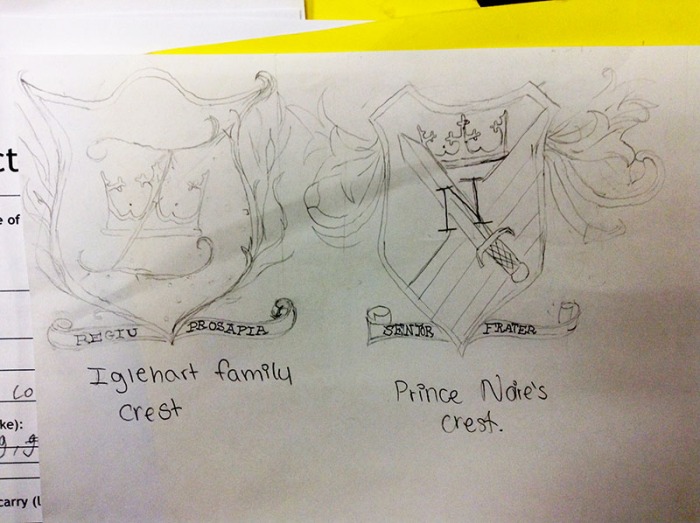 The other benefit of working with symbols is that it can also be a way for the creator to show (rather than tell) the difference between cultures within a story. Just as competing sports teams have different logos, separate societies should be marked by their symbols.

Above, I described some of the symbols the Eens have incorporated into their culture. Their sworn enemies, the troll-like Ungers, use quite a different set of motifs. Mostly, their symbols are very sharp, reflecting their tusks, claws, and teeth. Even their drums are tusk shaped and their war paint also features many sharp-edged symbols. 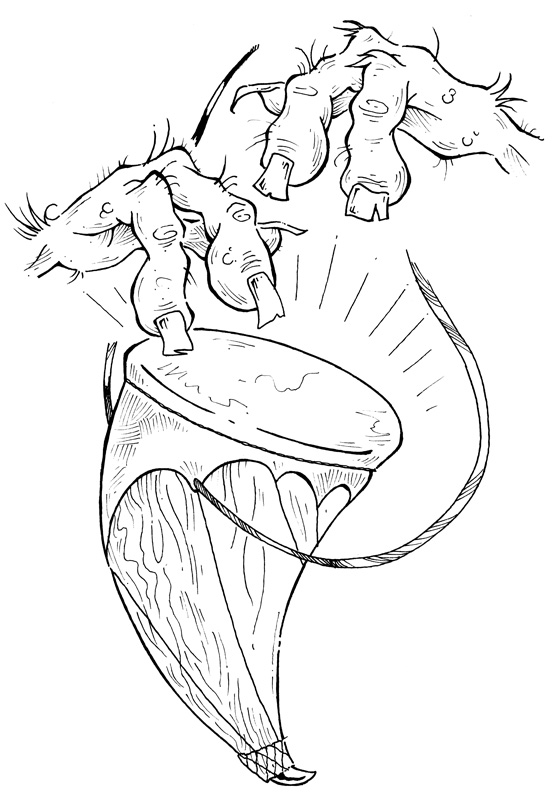 In the next and final post in this series, I’ll discuss myth building.