With the release of the new edition for Kendra Kandlestar and the Box of Whispers, I decided to develop a new book trailer. I was originally hoping someone else could take on the project, but the truth of the matter is that the hardest part of making a trailer isn’t animating the pictures or finding the music—it’s coming up with the script. So once that was done, I realized I might as well tackle the rest of the project myself.

I wrote four or five separate versions of the script and storyboard before finally settling on one that I felt best captured the spirit of the book. Here’s some of the pages from the most recent version of my storyboard script. As you can see by my scribbles and doodles, it was an ongoing process. As the script evolved, I began dropping in snapshots of scenes so that I could better keep track of my ideas and clearly communicate them to others, like my editor. 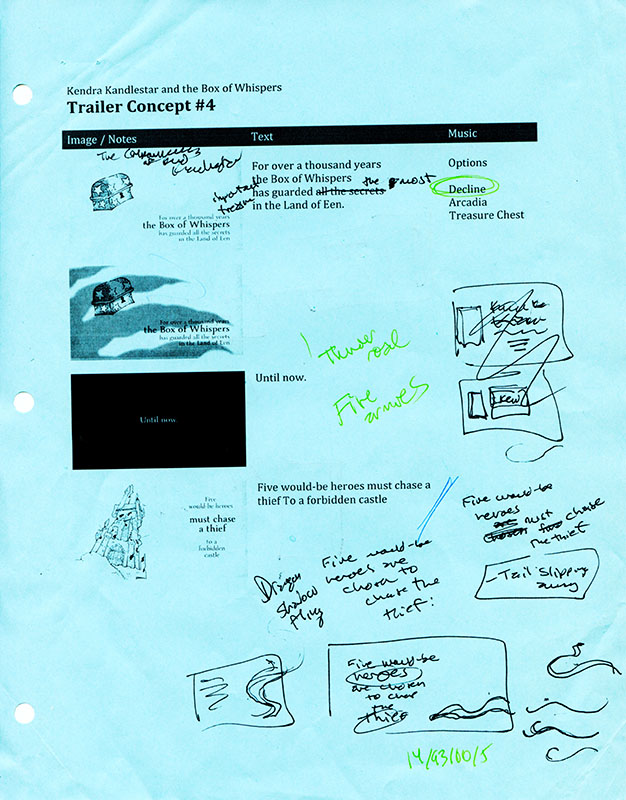 There never was a final script. I made a few key changes and rearrangements once I was working on the final trailer. This wasn’t so much about changing overall concepts, but realizing that I needed to reorder some of the scenes.