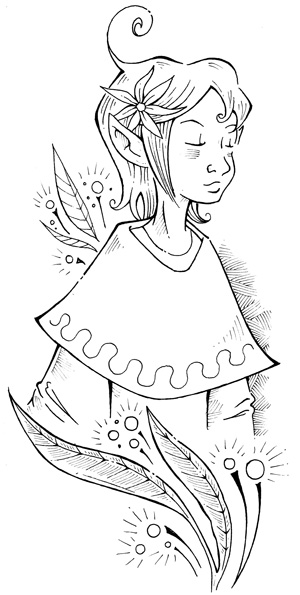 I usually don’t base characters on real people I know. However, since this will be the last Kendra Kandlestar book, I decided to name some secondary characters after people dear to me.

The character shown here is called Charlo Charmsong, and is named after my goddaughter, Charlotte. After years of campaigning, she has finally received her wish!

In the story, Charlo Charmsong is a young girl whom Kendra meets in the City on the Storm. Even though Charlo is an Een, she has never been to that land tucked between cracks of here and there, having been born in the city on the clouds. Charlo is known for her beautiful voice, and sings a song for Kendra and her companions during an important celebration in the City on the Storm (that is, until, Ratchet accidentally ruins the evening with one of his new inventions).

One thought on “The girl who had never seen Een”