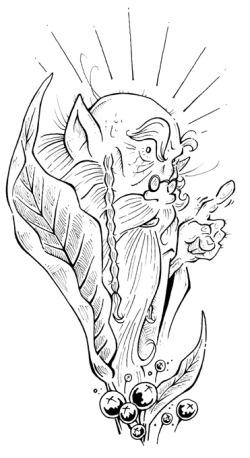 Well, not that kind of resolution. I’m talking about the final pages of Kendra Kandlestar and the Search for Arazeen.

Back in December, I reported the important milestone of finishing my first complete draft of the book. It was at that point that I sent out the manuscript to my group of trusted others to solicit their feedback.

Mostly, the response was positive, though one comment was consistent: everyone hated the ending. The climax was fine, it was the very end, the last chapter that shows what happens after all the dust settles. I wrote this chapter very quickly, and made it short and sweet. I already felt this book was quite long (the longest in the series yet) and so just wanted to tie everything up and leave the reader wanting more.

Turns out I accomplished that goal. I left the reader wanting more, all right—just not in a good way. Every single reader felt the ending was far too abrupt, as if I had suddenly just switched off the electric.

This whole process has been interesting to me. I’ve never written a series before, so this is the first time I’ve had to tie up not one, but five stories. I found it very difficult. Perhaps it’s because I was having trouble getting excited about this chapter; after all, all the good stuff already happened in the climax. Or perhaps, it’s just been hard to bid farewell to a magical world that has consumed my attention for over a decade.

The irony here is that I always preach to my students about the importance of a resolution. In fact, I have an entire module for it. If you have ever been one of my students, chances are that you received my criticism for abruptly ending a story.

I suppose that you sometimes just have to take a sip of your own medicine. So, over the holiday season, I pondered all the criticism I received about the ending from my trusted others, and started planning how I could rewrite it. There was a lot to consider. How much do I tell about the characters? Do I show them days after the climax? Weeks? Or do I do it in the fashion of Harry Potter, and show my characters several years in the future? (Though, I must say here, that I feel like I already did that in Book 4, The Crack in Kazah; if you remember, Kendra is given a glimpse of her ancient self in that book.)

Well, after my lengthy rumination, I returned to my manuscript in earnest last week and rewrote that critical last chapter. I have to give credit here to my fiancée, Marcie, who came up with a stellar idea that I could use as a framework for this critical last scene. If this current version of the chapter sticks, you’ll be treated to a little farewell party with all of your favourite characters . . . and catch a glimmer of what they’ll get up to after the last page of this last book is turned.