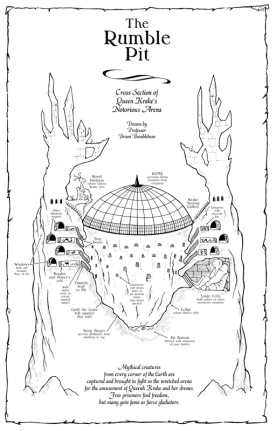 Since this week there is a promotion for the Kendra Kandlestar and the Shard from Greeve on amazon, I thought I would delve into my archives and show some of the research that I did for this book.

As many of you know, the Shard of Greeve involves a gladiator arena. So, back in 2008 when I was working on this book, I really wanted to make my way to Rome to check out the Coliseum. I just couldn’t make it—but, as luck would have it, I found myself in England that summer and was delighted to find the ruins of a theatre in the old Roman town of Verulamium, located at St. Alban’s, just north of London.

So, one rainy afternoon I trudged across the soggy soil and check out the site. It’s pretty humble in comparison to the Coliseum, but no one else was there, so I was really given an opportunity to breathe in the air, to trod the ground, and to simply try and let imagination take me back to the time when the arena was fully functioning.

Here’s a picture I snapped of one of the signs at the site, showing a good illustration of what the theatre would have looked like back in the day: 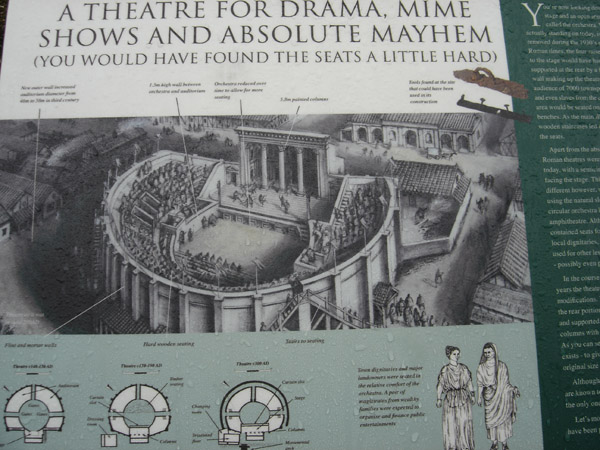 The original must have been quite impressive! However, you can see by the photo below that there is very little left:

Still, I found the ruins fascinating. There were areas for seating, performance, and for preparation, all of which informed my designs for the Rumble Pit in my book. The arena at Verulamium was not only for theatrical performance. It was apparently a full-functioning gladiator arena, just on a miniature scale. According to the literature I read at the site, they even shipped in lions from Africa to participate in the grisly affairs.

Of course, you won’t find lions there now. You can see the most dangerous creature that now exists at Verulamium in the photo below:

These little guys were everywhere—and they somewhat dampened my experience, only because here I was, trying to imagine myself amidst a chaotic battle filled with roars and shrieks, and then . . . boing, boing, boing!

Upon reflection, I should have drawn additional inspiration from this experience and put a fierce rabbit into the Rumble Pit (you know, in the spirit of Monty Python and the Holy Grail!)

2 thoughts on “Inspiration for the Rumble Pit”