It’s hard to cover all things Superhero in just a six-day camp, but we’re doing our best! The day began with my teaching partner, the kcellerator (a.k.a. kc dyer) leading a unit or lairs. The students then started producing schematic of lairs for their superheroes or supervillains. 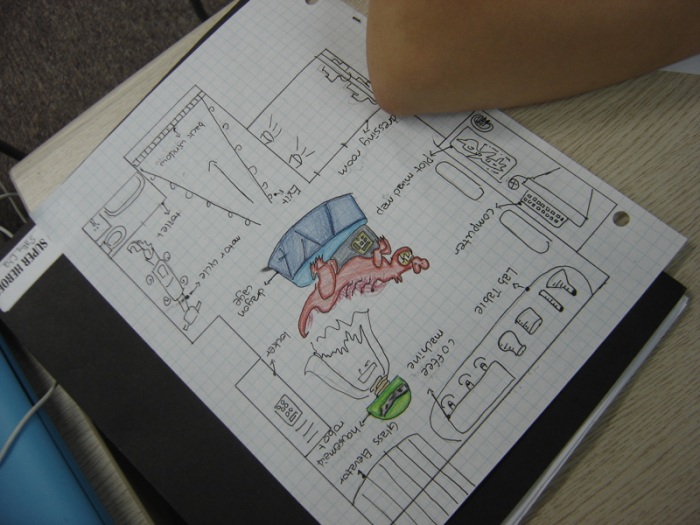 There were some pretty ingenious designs being produced. (Though I will say there were a few design flaws here and there; who wants to hang out in a secret lair that can only be reached via fireman’s pole when there is NO toilet?) 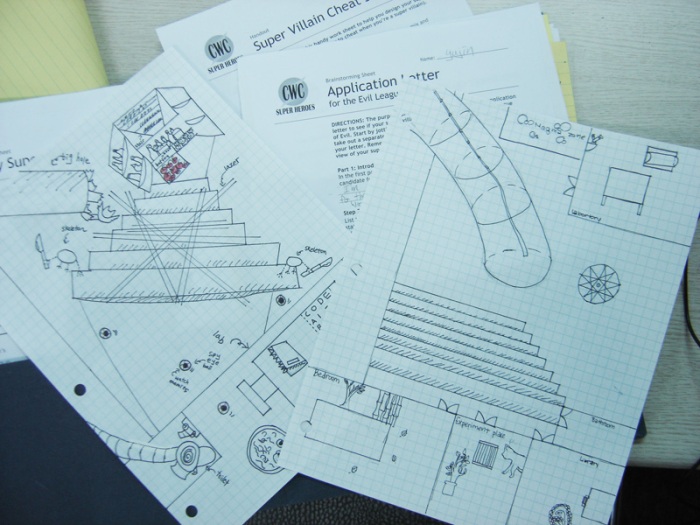 The second workshop of the day focused on comic-book illustration. After all, you can’t have a superhero camp without comic strips, right? We’ll be producing an anthology of all the work written in the camp, so my idea is that each student can have a one-page comic strip that will introduce his or her section. So far, there seems to be some pretty exciting designs under construction! 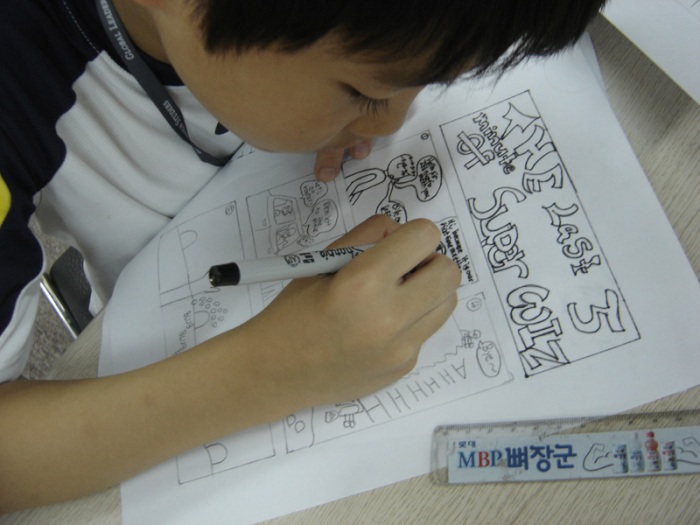 Finally, we ended the day with a viewing of the final Act of the brilliant web-series, Dr. Horrible, which prompted much discussion about what makes a hero and what makes a villain.

Tomorrow? Well we really have something special in store!