Just before Christmas, I helped lead the annual Winter Camp for the Creative Writing for Children Society of Vancouver (better known as CWC). I always enjoy this two-day event; the kids are full of energy and enthusiasm and we concentrate on pure creativity rather than the strict mechanics of the writing process. The other teachers included James McCann, kc dyer, Kallie George, Shelley MacDonald, and Alison Acheson. 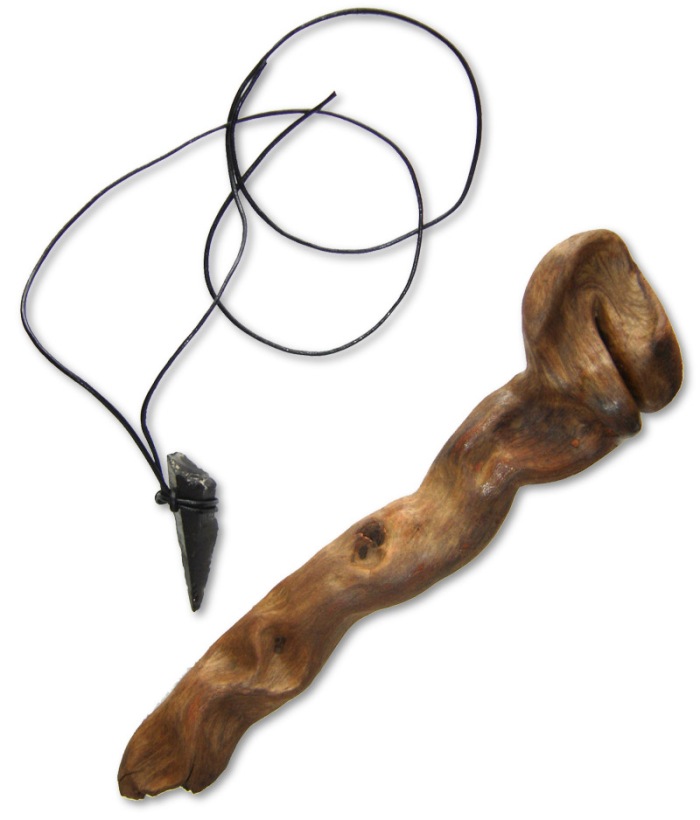 Well, this year I decided to have my kids build wizard wands. Anyone who has attended one of my presentations knows that I love props. Over the years, I’ve built or procured props for many of the magical items in my Kendra Kandlestar books, including Kendra’s wand and the Shard from Greeve.

So, with boxes and bags of supplies in tow, I delivered a presentation on the use of wands in fantasy and film and then turned my classroom into a workshop of wonders. Phoenix feathers and fireflower petals floated through the air while magic orbs and twinkling star beams scattered across the floor as my Wiz Kids set to work.

You can check out the photos below of some of the creations. I wish I had space to show all the wands—over fifty were built over a two-day period!

The best part of the class, in my opinion, was the duels that came afterward. Once the students were done constructing their wands they had to write a rhyming spell. At first I wanted my students to duel each other—spell versus spell. This didn’t work quite as well as I had hoped; the kids just didn’t seem to have much energy in the activity, so I changed it up and had them duel me.

Now our activity was really cooking! The students were desperate to cast all sorts of spells on me (most of them involved me eating ketchup and eggs, the two most vile substances on earth). Each Wiz Kid then came up to attack me with their rhyme. Of course, they were prepared, piece of paper in hand, and I had to defend by taking their rhyme scheme and reflecting it back to them, just off the top of my head. The rest of the kids then got to vote on who won each duel.

I was so pleased the way it all worked out—though, after two days of rhyming, I don’t mind telling you that my brain was fried. 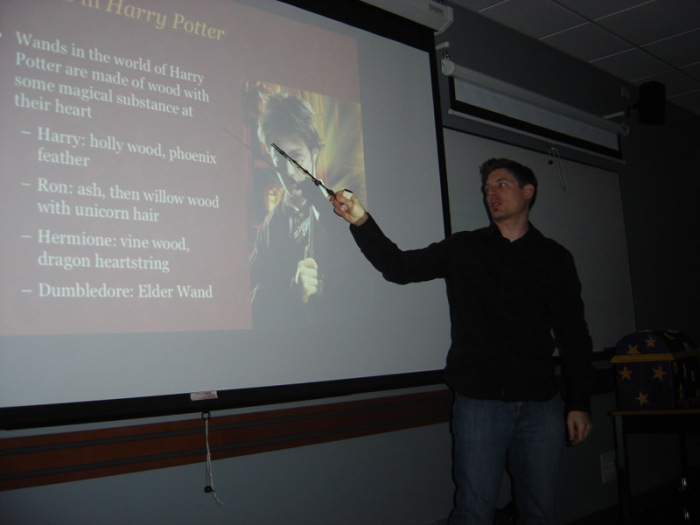 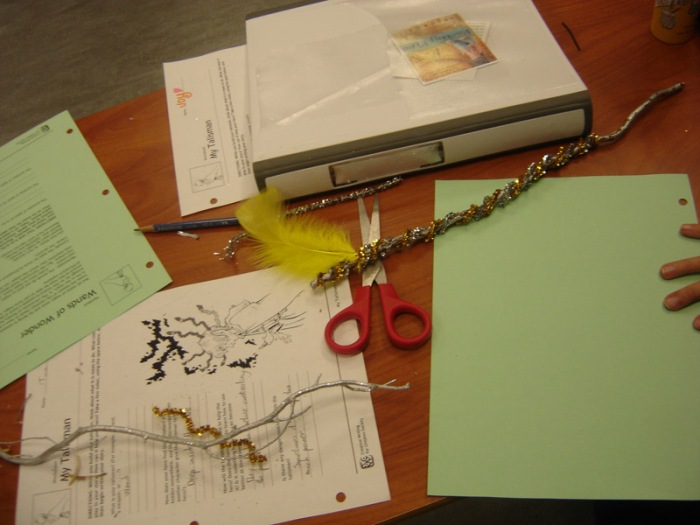 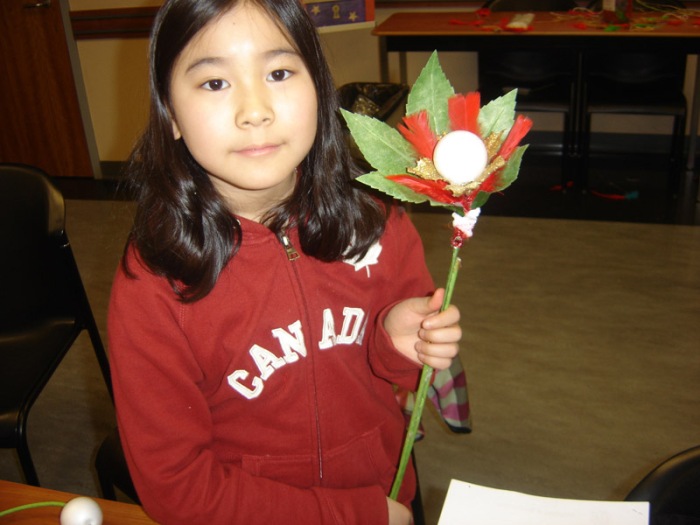 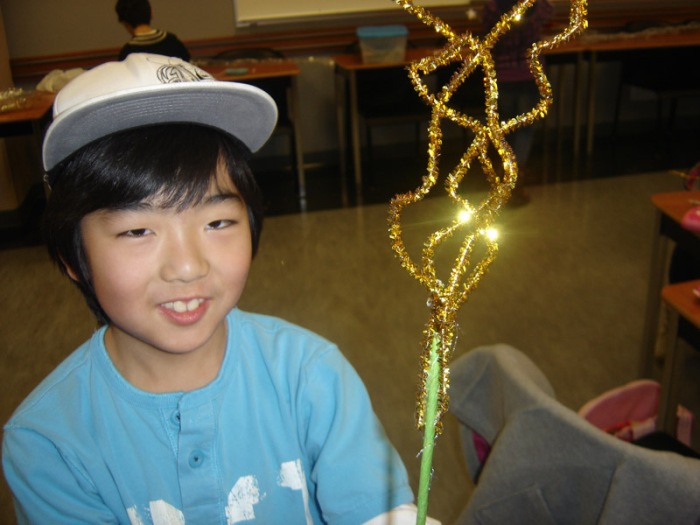 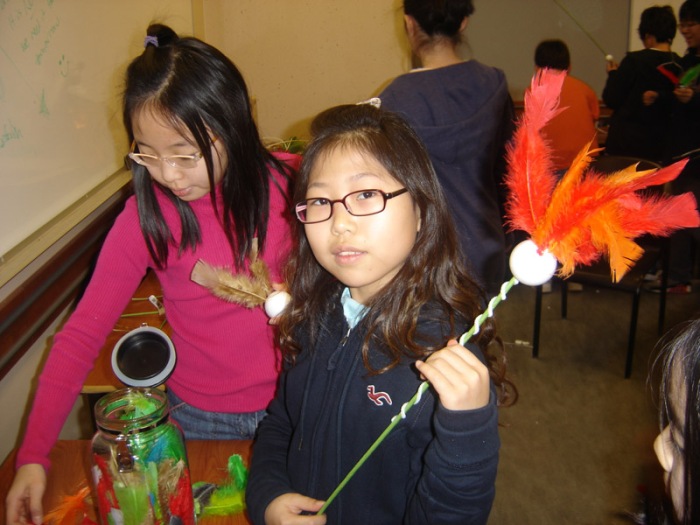 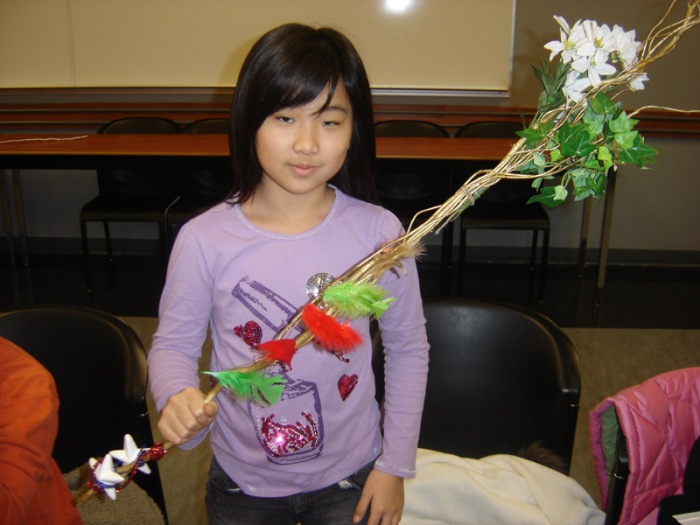 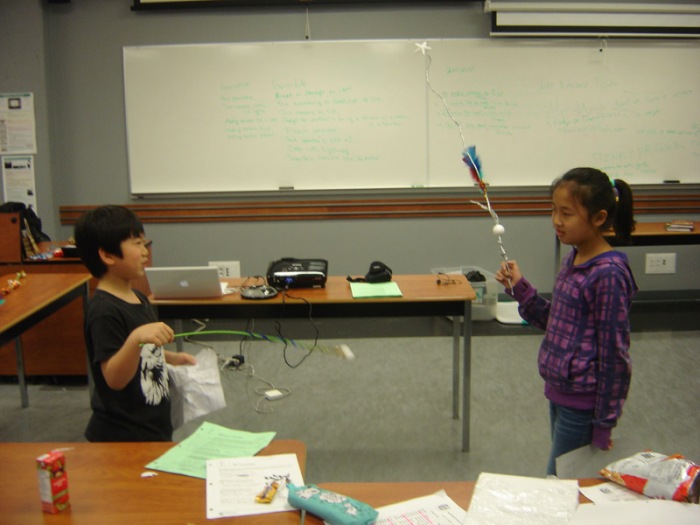 2 thoughts on “Wands of Wonder”